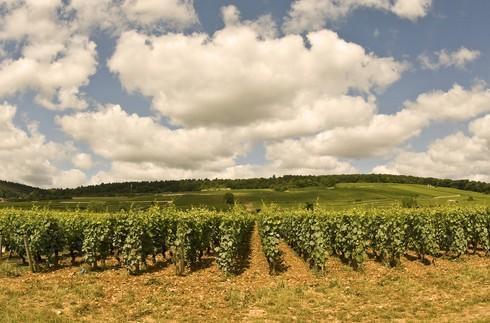 The phenomenon of social media is sometimes attributed to its meta nature. It’s massive and about the entire complex network of connections. In our rush to criticize – or even demonize – the social platforms we adopt, we forget that sometimes it’s the smallest interactions that make these networks truly worthwhile.

I was lucky enough to experience a truly odd and unlikely scenario which could only be facilitated by a social network. In this case it was Instagram.

I use Instagram to share my love of cooking and to give friends a more intimate, visual perception of my life. I use it to post pictures of meals I’m cooking, my French bulldog Brick, and most recently a picture of my new home: a picturesque 1930’s bungalow just off the Hillsborough River in Seminole Heights, Tampa. We won the bid for our house after three offers, in the last of which we were competing with an unknown buyer. Roughly a month later found ourselves holding the keys to our new house and a bottle of Champagne for celebration. This was when I decided to share a picture of our home using the hashtags #seminoleheights and #bungalow.

A week later my wife and I went to a local estate sale. We took our time inspecting furnishings and I spoke to a couple people, one of which assumed I was an employee. At one point I commented on a fellow buyer’s band shirt, he acknowledged me, smiled and went on his way.  We ended up leaving that day with two awesome wingback chairs – a total steal.

A week later, something strange happened. I got a comment on that picture of our new home:

Dude. Weird. Two things. #1 I saw u at an estate sale in Hyde park. I had the HWM shirt on, you had “one of their vinyl records on vinyl” #2 you beat me to this house! I had an offer on it, and u took the win! Congrats. welcome to the neighborhood, see u around.

Indeed, the guy I spoke to at the estate sale coincidentally turned out to be the same guy we bid against on our newly obtained home and found me using the #SeminoleHeights hashtag. Two lives, anonymously involved in the purchase of a home unknowingly crossed paths and even had a brief conversation. Typically interactions like this never have any lasting effect. They happen and they’re over. This time, because of the nature of Instagram and social media, we had an interaction that never would have happened 15 years ago.

Without Instagram, he never would have found me and never would have made the connection that I was the same guy from the estate sale. He wouldn’t have realized that not only had we met – if only for a brief moment – but we both were looking to buy the same house.

Needless to say, this was a welcomed surprise. It made me really think about how powerful social media can be. It can turn a chance encounter into a continued dialogue.  This isn’t something that could have happened on Facebook. The hashtags I used helped segment the image allowing anyone browsing the #seminoleheights hashtag to find it.

It’s awesome to find neighbors with similar interests and using such a localized segmentation as hashtags is a great way to do that. This is one thing I feel Instagram has over its competition. It’s not just a place to keep up with your current friends, but a place to broadcast interests and possibly meet new people who share them.

Some have said that Instagram will die out, but I feel otherwise. I see a thriving platform that has many nuances you don’t find on others. It’s an image sharing site, not an opinion sharing site. I think that’s one reason why many are flocking to Instagram as opposed to Facebook or Twitter.  It provides a level playing field that isn’t dictated by how many followers you have, or how high your page rank is. The hashtag allows everyone—including brands— to connect with individuals who share a common interest.

Brands can do well to pay attention to the playing field, because while it’s true that the meta, all-encompassing nature is important, so is the micro nature of social media. The individual level is how a brand makes the best out of such a powerful connection tool. The lack of barriers to entry on Instagram means this it is an inexpensive and highly effective way to connect with core audiences and biggest fans. This is something that I will expand on in my next post. Spoiler Alert: it involves Chili and Craft Beer.