A (Much Needed) Social Media Lie Detector is in Developmental Stages 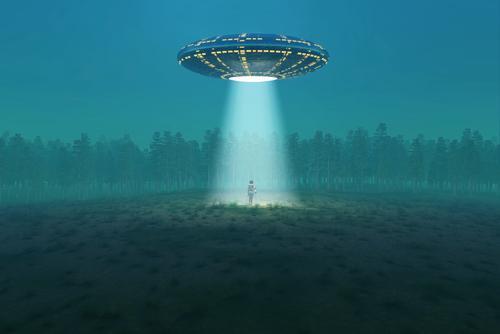 With the craziness of stray dogs and athletes getting locked in their rooms, Sochi has become one of the most bizarre winter Olympics to date. Next to nothing surprises us, which has led to many satirical news reports being taken seriously.

Most recently, Jimmy Kimmel and U.S. luger Kate Hansen pranked the entire national media by leaking a video of a wolf walking down the hall in the Sochi dorms. He made the set look exactly like the hotel and let a real Timber Wolf mix named Rugby wander around. Then he sent the footage to Hansen, who tweeted the video with #SochiProblems and #SochiFail. The winter Olympics have been so strange that the video was believable.

While this prank was executed flawlessly, and even put Sochi security officials in a state of emergency, it will quickly become old news when the next Internet hoax surfaces. Almost monthly, an image or post goes viral that’s completely bogus, but everyone still thinks it’s true. If only there was some sort of lie detector that could quickly identify what is real and what is fake.

The creation of a lie detector machine is closer than you think; the European Union does not like being lied to.

Scientists have been working on a system called Pheme – named after the Greek Goddess of rumors and gossip – that will scan Internet rumors to determine validity. False rumors that are identified will be filtered into four different categories:

The system also checks the credibility of the accounts doing the tweeting, so trolls who live to spread false information will be found and flagged as repeat offenders. This will help Internet users as a whole better identify fake news and the people behind it.

The lie detector won’t just help German Chancellor Angela Merkel know that a meme or gif is real before she shares it with French President Nicolas Sarkozy; it’s also going to prevent the spread of false information during times of political upheaval.

Social media plays a crucial factor during times of political unrest. Some countries have even shut the Internet off entirely to prevent protesters from communicating with each other and with the outside world. Even on a smaller scale than something on the levels of Egypt, Syria and Ukraine, local protests can quickly get out of hand if social media news spreads about violence. A story about brutality by one police officer on one violent protestor can make it seem like the police are all armed and attacking civilians at random. A crisis can quickly escalate.

Rumors and gossip that are started by poor sources can quickly grow until the national news picks it up. That’s exactly what happened with the wolf in Sochi. CNN, the New York Times, and ABC News all ran the story and believed it was serious. Today, they’re all releasing updates about the prank and giving Jimmy Kimmel a ton of publicity. This happens all the time.

News outlets experiencing a little egg on their faces and having to make retractions is small potatoes compared to a national violent uprising, but both will hopefully be stopped – or at least tames – by the social media lie detector. Currently it’s only able to analyze text, but we can dream about it analyzing photos in the future.