Brands that Missed Their Chance at Super Bowl XLVIII 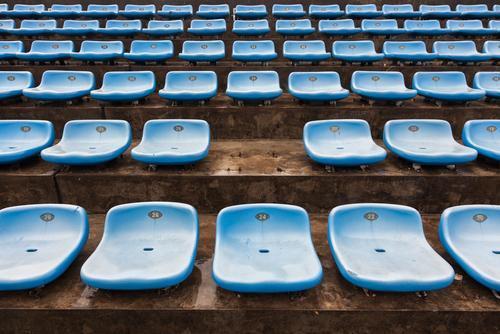 Attracting attention to an advertisement or commercial comes way too easy during the Super Bowl each year.  Sunday night’s Super Bowl attracted 111.5 million viewers throughout the game. That’s more than half of every household in America and the second largest viewership in the history of the championship games. The branding opportunities are endless in this type of programming so why not take advantage of it?

The usual brands such as Budweiser, Coca Cola, Audi, and T-Mobile were in full force with their witty commercials featuring popular faces.  Needless to say, the actual game wasn’t very entertaining and there are a few brands which missed their chances to stand out in the crowd.

Let’s take a look at a few brands who didn’t take full advantage of this viewership and how they could have implemented advertising or content marketing into the event.

If you’ve been keeping up with Peyton Manning and the Broncos all season, you have heard his overuse of the Omaha call throughout the games. He explains it as a certain play call which only his teammates are aware of based on the time of the game, color of the jersey, and area of the field. The sports center cast has also tried explaining it as well.

The first thing that comes to mind when hearing the word Omaha is obviously the steaks. So how did this brand play in on this opportunity? Oh wait… they didn’t. They completely missed a very good branding opportunity here.

Peyton pretty much put the idea on a platter for them (with a little au jus and a side of mashed potatoes) and all they had to do was run with it. Omaha Steaks should have come up with a marketing campaign to engage consumers to interact socially using a certain hashtag whenever the play was called. According to Media Post, consumer engagement was lacking in this year’s Super Bowl and the “advertisers came to entertain, not engage.”

The Lombardi Trophy by Tiffany & Co.

Since 1967, the Vince Lombardi Trophy has been awarded to the winning team of the NFL’s championship game each year. Did you know that this trophy was made by Tiffany & Co.? The brand doesn’t seem to make it very known that they are the creators of the trophy and have been since the very first Super Bowl. An opportunity was definitely missed here, and could have easily been incorporated into an effective Super Bowl commercial.

The trophy was renamed in 1970 to Vince Lombardi, Green Bay Packers coach and winner of the first two Super Bowls. Watching Coca Cola’s plan of action this year to trigger an emotional and historical target interest, Tiffany & Co. should have taken a similar approach and explained the history of the trophy and how it is made at the Tiffany’s workshop in New Jersey.

This could have prompted interest in the story and been an effective marketing campaign based on something that is already such a large part of the program. Maybe next year, Tiffany’s.

So we all know that Bruno Mars killed his performance and captivated the crowd… until the Red Hot Chili Peppers made their iconic guest appearance. Today’s social media is flooding with #throwbackthursdays, #transformationtuesdays and #flashbackfridays. Wouldn’t you think it would be a good idea to expand on this and allow the Super Bowl viewers to engage on the entertaining throwback performance from RHCP?

As a viewer and music fan, I personally didn’t even know about their guest performance and was thrilled when they came out on stage.

This was a missed opportunity by many different brands, including the popular beats headphone commercials, cell phone companies emphasizing their music capabilities, and even MTV, who could have easily come up with a campaign to engage with consumers during the throwback performance.

Even if a brand couldn’t come up with its own original Super Bowl entertainment, they could have jumped on the bandwagon of something that’s already popular. Take the Geico camel for instance. (You know: hump dayyyyy!!!) Fox paired up with this popular star and created a mash up commercial for the Super Bowl. This is a great idea because viewers are already familiar with the icon, and it sends the attention towards FOX. Watch this commercial and see how the camel takes the stage and FOX jumps on the Geico bandwagon.

Whether or not you watched the actual football game, there is no hiding from the excitement and talk of the commercials and advertising. This would have been a perfect chance for these brands to participate in creating memorable marketing campaigns. Consumer engagement is booming and is easily captured if you give us something to share and talk about. Hopefully next year these brands won’t miss their chance.