Earlier this week we looked at Guido Barilla’s anti-gay comments and the immediate responses by Buitoni and Bertolli. Unlike J.C. Penney and Oreo, those last two pasta brands don’t exactly spring to mind when you’re rattling off corporate advocates of the LGBTQ community. This is because they merely jumped on the bandwagon in the wake of Barilla’s bad press. While they may have always been inclusive, this was first time they had really waved the rainbow flag.

Honey Maid found itself with a similar opportunity this past week when its “Wholesome” commercial was criticized by One Million Moms and other groups that believe marriage is between one man and one woman and interracial marriage is wrong.

My personal favorite is the American Decency Association, which claimed Satan is behind the commercial. He always was a fan of Teddy Grahams.

LGBTQ is No Longer a Niche Market

Depending on what state you live in, anywhere from 1-10% of the population identifies as gay, lesbian, bisexual, or transgender. While that is hardly a majority, 59 percent of Americans support same sex-marriage, and only 34 percent actively oppose it. Brands taking a pro-LGBTQ stance aren’t targeting the 10% of the population that identifies as gay; they’re targeting the straight allies that make up the 59 percent.

Furthermore, the message of the anti-LGBTQ groups is diluted by the racial segregation groups that also raised a fuss over the ad. These are the people who were up in arms over the interracial couples depicted in the Honey Maid commercial. 87 percent of Americans support interracial marriage, so most people roll their eyes and at these racist groups whenever they’re in the spotlight. Using both an interracial family and gay family in the same ad combines the message of gay marriage opponents with those who oppose interracial marriage. In the end, audiences walk away thinking that people who oppose gay marriage are also racist.

Ever since the Cheerios interracial commercial broke so many cereal ad records and Oreo shot to fame with its rainbow Facebook image, taking a pro-gay stance has been very fashionable and an opportunity to get more bang for your advertising buck with media coverage. In a way, the LGBTQ community isn’t a target market at all, but rather an opportunity to be topical.

The anger and rage from these groups inspired Honey Maid to create a follow up commercial. In this one, they claim they received ten times as many letters of support and positive comments toward the ad than negative ones. That, dear readers, is why Honey Maid will support gay marriage from here on out. They’ll also continue to support interracial marriage and throw in support for the troops to make sure their bases are covered.

The majority of the target market supports the message, and that will translate into sales. The temporary boycott from the opposing groups will hardly cause a dent in sales, especially compared the increase Honey Maid will see from the publicity and exposure.

I know we’ve talked a lot about the gay marriage debate a lot lately, but the same principles can be applied to fast food, beer, hard liquor, sports, cars, video games, or any other product that targets men with the help of over-sexualized women.

Girl gamers regularly protest the lack of diversity in female characters and treatment of women in the games. While they do have valid points, they also have minority points. There may be girl gamers out there, but they don’t make up a significant amount of the population for developers to take notice.

Beer ads seem to get more sexist by the day. Opponents say women make up 25 percent of beer sales and should be represented better. Why should beer companies change their advertising for 25 percent of their market when they’re appealing to the 75% majority?

The majority of guys could think a commercial is sexiest, but if the 20% that makes up 80% of the brand’s sales love the ad, the company will still keep appealing to the audience with the same messaging. 80/20 rule: that’s marketing 101, kids.

Plus, the media coverage from outraged groups will probably help their exposure and sales in the long run.

So Why is This News?

The headline never reads, “Check Out this Adorable Ad by Honey Maid” unless it’s on a niche advertising or gay rights site. More often than not, the coverage reaches CNN, FOX, and MSNBC once One Million Moms and other protest groups sink their teeth into the ad. Without these groups, brands would have no reason to create political ads as they wouldn’t receive the extra publicity.

Courting the LGBTQ community isn’t much of a gamble for advertisers. Most Americans support them and they garner millions of ad dollars in publicity. That’s why brands will continue to go wherever the political climate takes them. Thank you, One Million Moms, for increasing Honey Maid graham cracker sales this month. 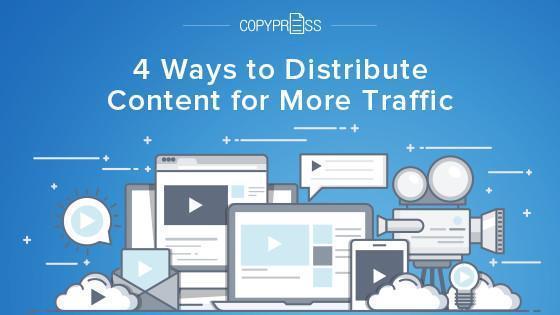 What drives people to read what you write? What makes them want to share it with others? Two new blogs begin online every...

We've tallied your votes and the results are in! After two exciting rounds, our final would-be champions are...