Entertainment vs. Advertisement: Mr. Gorbachev, Tear Down this Wall! 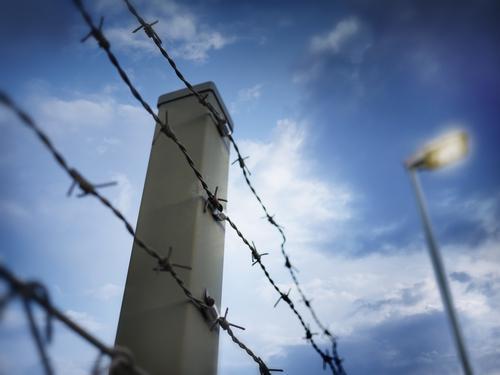 One of the greatest native advertising challenges facing marketers is how to create engaging content that’s relevant to their products.

It’s relatively easy to create content that amuses the viewer, which is why we see so many cute animals and celebrities in ads. Most brands justify this by saying the ad reflects the feelings associated with the brand or the lifestyle around the target audience. That might fly if you’re Red Bull or Gatorade, but for the most part, relevancy takes a hit in favor of entertainment.

Chipotle has taken native advertising to the next level. Almost every blog in our industry has been touting the value of incorporating video into marketing strategies, especially because it’s shareable and easy to scale. Chipotle has heeded this advice and will debut its own video series next month. It’s not launching quirky video clips or how-to recipes on YouTube; it’s making a four-part series on Hulu, instead.

This is what native advertising is all about. Billed as “An Original Chipotle Series,” there’s no doubt in the viewer’s mind where the brand messaging is coming from. The plot follows the damage control of “Animoil” after a video of an exploding cow goes viral. “Animoil” is in the process of developing petroleum-based animal food that will also decrease America’s dependence on foreign oil. Think “Thank You for Smoking,” except with cows.

While it’s a stretch to make viewers believe that the chicken nuggets they buy at McDonalds come with a petroleum aftertaste, the message against Chipotle’s competition is effective. At the end of the day, viewers are left feeling concerned and dismayed by the harsh chemicals in the food at other restaurants, (pink slime, anyone?) while believing that Chipotle’s ingredients are all natural and have a higher quality.

Content marketers and SEO specialists as a whole have a new buzzword that sends shivers down their spines: content shock. We are currently living in a state of content shock, meaning there is too much content for us to consume. Internet users on a whole are overwhelmed.

Those who believe that content shock is a death knoll for content marketing say that only the giants (Oreo, Monster Energy, BuzzFeed) will remain successful while smaller companies and websites fall by the wayside. There are only so many blogs and social media channels people can check on each day.

While the production value and cost of Chipotle’s Farmed and Dangerous might play into the truth of that – they paid Hulu $1 million to air the series – there’s another side to the argument. As consumers are flooded with content, they’ll only remember the best parts. In Chipotle’s instance, they’ll have a more captive audience and the content will last longer on Hulu than if they did a video series on YouTube. If Farmed and Dangerous was a YouTube mini-series of 10-15 minute clips then it wouldn’t have the same impact as this four-part series on Hulu.

Is Video Catching Up in the Long-Form Content Game?

Many of us have a preconceived notion that viewers and readers have the attention span of goldfish. If this was false, how could you explain Twitter and Vine? While both of those social networks serve a purpose in our society, they do not reflect the current trends of content consumption.

Over the past year, Google has been making moves to reward in-depth, long-form content. Both KISSmetrics and Moz regularly reinforce the benefits of ignoring word count and creating longer content. As long as the article is conveying relevant information, users will stay on the page and read on.

If a higher word count leads to greater success in articles, couldn’t that apply to video?

If a video is entertaining and interesting, wouldn’t it keep viewers watching, despite the length?

The answer, to both, is yes. According to Time Magazine, Whole Foods is also trying to go big in their content marketing efforts. They currently have a reality show on Pivot called Dark Rye that focuses on food sustainability.

The Georgia Aquarium, SeaWorld, and Busch Gardens Tampa all have Saturday morning TV shows that teach viewers about animals and highlight the science and care that goes on behind the scenes at their facilities. Content marketing in TV has been around for a while. In reality, Chipotle is just one of the first brands to join the Internet TV movement and sink its teeth into Hulu.

Tear Down this Wall!

Most marketers go for the low-hanging fruit of short-form content when it comes to video. Chipotle is thinking about the long-run, not only with its 30-minute episodes, but also with the four-part series. There is nothing Internet TV viewers cherish more than binge-watching, and if this series is worth its salt, it could actually be a pretty big hit.

This is where the wall between entertainment and advertisement currently stands. It stands on the possibility that Farmed and Dangerous is enough of a hit that Chipotle starts work on season two, and fans start anticipating and craving the release of more branded content.