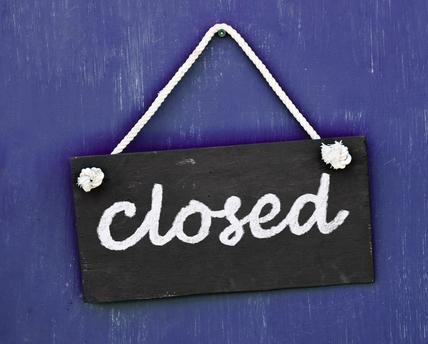 A long, long time ago, we used to get mad anytime Facebook made any sort of update. Mark Zuckerberg and his staff would randomly redo part of their social network and casually inform us that this change is going to be the future.

Facebook would take an aspect of our lives that was perfectly fine and insert itself, but we have Google+ for that now.

Back in 2010, Facebook assigned all users @facebook.com email addresses. Soon after, they replaced whatever address that users added to their bios to the assigned @facebook one. Many called this an attack on Google and an attempt to pull from the Gmail user base.

Fortunately, that didn’t pan out, and Facebook is shuttering its email service. While it’s great for sending private messages, it’s not great for email. Facebook didn’t stand a chance at revolutionizing how we communicate; much less creating a dent in the email market. Here are just a few reasons why.

Several companies and universities have adopted Gmail because they can change the address to their own domains. Amanda@amandadodge.com could comfortably operate out of Gmail. Most people don’t really like the idea of having @Facebook at the end of their emails, and the lack of domain flexibility immediately prevented it from becoming a professional tool.

You Couldn’t Have Multiple Addresses

Even if people did embrace Facebook email, it would only have been one of many email addresses that we all have. In today’s world, we have to register to make any purchase or access almost any piece of online content, who knows all the places that you’ve given your email out to? Most people have at least one email that they give out for the sole purpose of receiving junk.

If Facebook wanted to revolutionize email, it would have had to completely change the way marketers and online retailers communicate with customers. It would also have had to spread up the social purchasing process. Almost all online purchases would eventually be made with Facebook accounts.

Email has become a place where we communicate formally and more professionally. No one is going to submit a resume with a Facebook email and expect to be taken seriously in any aspect. It’s almost as bad as having an email like cutiepie86@hotmail.

At best, Facebook email would be used to send personal messages to each other. There’s actually a really interesting quote by Wired magazine from 2010 about the debut:

Mark Zuckerberg announced the product in San Francisco, saying e-mail is just too complicated, and teens were using systems that were much easier.

If you’re going after email, why are you targeting teens? They aren’t going to start using it because it’s cool, they’re going to use it when they need jobs.

The Rise of Smartphones Killed the Vision

Communicating via text message has worked its way into corporate life and almost everyone checks their email on their smartphones. Here’s another quip from the 2010 Wired article:

You simply write the message and Facebook routes it to the IM, SMS or e-mail inbox without you having to figure out which one to use.

Why would we want to do that when we can get a notification on our smartphones about Facebook messages? Or just send texts? Or just send emails? The ability to quickly and easily check email – and social networks – on our phones killed any possibility of Facebook email success.

Facebook’s acquisition of WhatsApp might give the social network a chance to change the way we communicate. One failure is only a notch in the belt (err, Timeline) of Facebook. Frankly, we’re just glad the whole Facebook email ploy is over with.