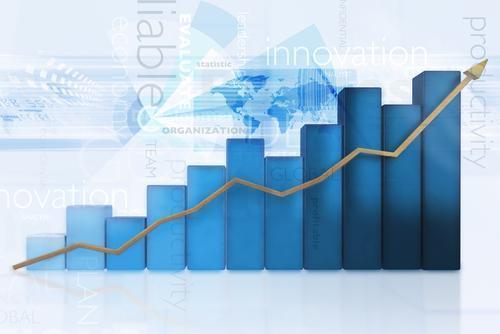 In other news, Starbucks has discovered the secret to higher caffeine levels is drinking more Starbucks, and JCPenny has concluded that the secret to owning more clothes is shopping at JCPenny.

In a blog post yesterday, Facebook showcased data from their study of 29 media companies over the span of seven days. Sites saw an increase in referral traffic by more than 80% when they increased their posts on Facebook.

Facebook is almost positive that posting more frequently will increase engagement, but they’re not willing to put a concrete number, or even a range, on what the increase would be.

Since every person has a unique relationship with the Pages they are connected to, there’s no magic number of how many more posts will impact referral traffic for all Facebook pages.

Facebook’s study is hardly rocket science. Posting more frequently increases the probability that Facebook’s algorithm will broadcast your brand’s story to different users and increase your reach. Unlike social networks like Twitter, Tumblr, Pinterest, and Google+, Facebook is choosey about who sees what content. The other sites  stream all posts unconditionally, but Facebook has built an algorithm to learn what users want.

Note: it’s this algorithm and respective changes that regularly get Facebook in trouble by users and marketers alike. A few months ago Facebook decided that memes were low priority – to much public outcry – and they regularly make changes to favor ads and sponsored stories in the timeline.

However, the data started getting interesting when Facebook cited other media companies as sources and pulled data from SimpleReach.

The data from SimpleReach shows that Facebook is the only platform – compared to Twitter, StumbleUpon, and “other” to actually increase referral traffic to media sites.

SimpleReach also put content virality into perspective. In Q3, the top 1% of content drove 71.5% of traffic and the top 10% drove 94.3% of referral traffic. This means when content goes viral, it really goes viral. As more users engage with a post (through likes, comments, and click-throughs) Facebook shares the popular content with more and more people. It wants to direct users to join the discussion. As a result, one story might completely monopolize the referral traffic while other stories languish in non-viral purgatory.

But we shouldn’t over-think it. Overall, Facebook’s desire to appeal to publishers is good blogs and media sites in the long run. It wants to punish pages that are just posting for likes and reward quality content. That’s good news for us.