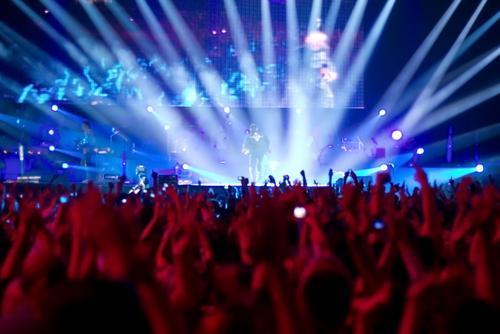 Facebook has given teenagers the ability to share posts with whoever they want, including the general public. Teens 13-17 were previously only able to share with their friends or friends of friends, but now can make posts public. Facebook reports that teens are “the savviest people on social media” and can handle the responsibility of choosing who they share with.

Teens under 18 make up 26% of Facebook users. The social network is home to 1.26 billion profiles, which means 315 million more of them can now start posting publicly. Of course, not all of those teens will immediately start publicly sharing posts, but even if one percent do, there will be millions of teens to study, sell to, and make money off of.

In a less then flattering article, the New York Times spelled out the real benefits of giving teens the power of choice.

Marketers are keen to reach impressionable young consumers, and the more public information they have about those users, the better they are able to target their pitches.

Facebook’s game isn’t hard. It wants to get more people on its service and get them to share more. More users mean more eyeballs on ads, and if the content is good then users will stay on the site. This move also ties into Facebook’s recent jealousy towards Twitter’s data adoption by Nielsen. If Facebook can prove that it has a strong community that’s talking about TV, then Nielsen might take it seriously too. Opening public posts to minors gives the social network a nice boost in TV discussion numbers.

Despite the usual critics voicing their disapproval of Facebook, the social network is going ahead with the roll-out but adding a few addendums to keep our youth safe. First, there’s a new default share setting for teens: from friends of friends to just friends. Also, teens who opt to share publicly will see a notice that explains what posting publicly means. Anyone can see the content.

Dealing with the 13-17 age group has become a ubiquitous hurdle for other social networks. Instagram, Tumblr, and Twitter allow teens to join their sites and have seen that age group thrive in their micro-blogging or photo sharing environments. Snapchat created Snapkidz to actively woo children, so when they turn 13 they’ll be familiar with the brand.

Heck, even LinkedIn has honed into the 13-17 demographic. Just last month they lowered the age limit to join from 18 to 14. LinkedIn has also been ramping up its university pages to attract high school students scoping out potential colleges.

Meanwhile, caretakers and adults are left trying to figure out exactly how much or little their kids know about Internet safety. The Times article argued that while they may be able to change different privacy settings, they don’t have the cognitive development of adults to decide whether or not they should.

The fact is that the teenage years are an awkward time for everyone. There’s no way to put a bubble on what teens are capable of. Where one is wise, another is stupid. Maybe this change will get California’s “Eraser” law passed.