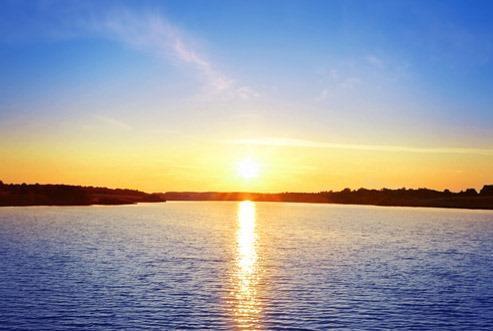 There’s no doubt that Facebook is a pioneer in the social media world, but there are some achievements the company would choose to highlight over others. One event that the social network is putting behind it is Sponsored Stories, an ad format that used names and photos of users to sell products. Sponsored Stories will officially be cut in April, but has set up a legacy for other social networks to use and abuse the tactic. Let’s walk down memory lane, shall we?

Sponsored Stories began in 2011 with the intention of combining word of mouth recommendations with paid ads. Users that engaged with products (checked-in, liked, commented, etc.) would have their actions shared with their friends. If one of your friends already likes a product then you’re more likely to be interested and pay more attention to it than a cold ad.

Shortly after the launch, however, Facebook was hit with a lawsuit that claimed the company was using the identities of minors to sell products without their consent or their parents’ consent. According to the Huffington Post, the lawsuit was settled in fall of 2013 for $20 million dollars and changes to the privacy policy.

Side note: Avid followers of Facebook know that the social network is regularly sued over its privacy policy. Last September it made changes after writing a clause that said advertisers can use the photos and activities of minors because signing up for Facebook is understood parental consent.

Despite the fact that Facebook is killing off sponsored stories, it will still highlight user activity. Expect to see more of your friends’ check-ins, likes, and comments to brand pages in your News Feed.

“You agree that a business may pay Instagram to display your photos in connection with paid or sponsored content or promotions without any compensation to you.”

In short, all of those photos you uploaded with #Starbucks could be used to sell mocha lattes without paying you for them. While the average users might feel peeved about this breach of privacy and lack of compensation, big brands like National Geographic that have built identities around their photos were outraged.

Several users deactivated their accounts and started tweeting with #BoycottInstagram. The reaction was so loud and fast-paced that Instagram backpedaled through a blog post only a day or two later. Crisisblogger pointed out that while the changes are nice, the way Instagram explained them isn’t. They basically told their fans that they’re not good at reading:

“… We’re going to modify specific parts of the terms to make it more clear what will happen with your photos. Legal documents are easy to misinterpret. So I’d like to address specific concerns we’ve heard from everyone…”

Despite the backhanded apology, Instagram users returned to their accounts and the social network has been sailing (relatively) smoothly ever since.

Snapchat: Learn from Their Mistakes

Once social networks grow out of infancy, they enter into a gray period of trying to figure out how to monetize. Some platforms like Pinterest and Tumblr have focused on content-heavy ads that integrate with the design as opposed to sticking banners onto any open space.

An article has been working its way around the Internet that highlights Snapchat’s Terms of Use and privacy policy. Do you see where I’m going with this?

The article believes Snapchat doesn’t actually delete your photos and instead saves them to sell to advertisers. This would make Snapchat the social media equivalent of a lemming, watching its two predecessors fall off a cliff while still running after them.

The Guardian suggested that Snapchat focus on Native Advertising instead. Companies that send funny or interesting snaps could build their brand and following – in a way that doesn’t breach user data.

Come on, social networks. There are better ways to make revenue off of ads without stealing user photos and information. We shouldn’t have to see the same lawsuits filed over and over again.