In the wide world of the Internet, fickle users, demanding investors, and growing technologies are just a few driving forces that perpetuate change in design, functionality, and features of online publishing platforms. Today I’m going to look at one of the most well-known social media sites, Facebook, and how it has evolved into a content conglomerate.

One of the most powerful publishing platforms today is Facebook, which has come a long way from its 2004 origin “Thefacebook.” What began as a social networking tool for college students has evolved into a media and user-generated content platform that is used by individuals, businesses, and everything between. Let’s take a quick look at its evolution in time, highlighting the more paramount changes.

When Facebook launched in 2004, it was hardly the content platform that it is today. It offered very few capabilities outside of adding your basic information, a photo, and the ability to have friends. In its infancy, Facebook was simply a user generated personal information directory.

Content: At this stage most of the content on the site was personal data added by users.

By this time, Facebook had opened up its user base outside of just college students and added features to let users upload multiple photos, tag friends, create groups/events, and send messages. This set the foundation of core elements that are still present today.

Also, in September of 2006, Facebook introduced the News Feed and Mini News Feed feature to its users. They allowed you to see all the updates made by your friends in one central place. This transitioned people away from making their profile the focal point of the site, and moved them to start viewing Facebook as an information/news portal. They also introduced the “share” button during this period which allowed users to repost content exponentially. This is a huge pivot for the company and has been one of the main reasons it has grown into what it is today.

Content: At this stage, most of the content was photographs, information, or personal data generated by the users.

This was a big period for Facebook as it overtook Myspace for the world’s largest social networking site. From an internal standpoint, the big change was implementing the real-time News Feed similar to Twitter which automatically updated. It also integrated the “Like” button, allowing users to show their support or interests for posts without having to share or comment. Facebook also developed an algorithm to determine what content should be featured at the top of people’s feeds.

Facebook started integrating sponsored stories and ads in the sidebars, as well as suggesting friends you should connect with. This period marked the transition away from just a social platform and started showing signs of a content publisher and promotions platform.

Content: At this stage most of the content was user generated but it started to integrate outside article submissions and more versatile media.

By 2011, Facebook was well on its way to becoming the most popular place for people to interact with content. It encouraged status, photo/video, and URL updates in several places on the site including your profile page and on top of your News Feed. They also introduced the News Ticker which allowed users to keep up with the News Feed even if they are browsing profiles or other areas of the site. The big push during this period was to make Facebook more aesthetically pleasing and turning a user’s profile page (Timeline) into a virtual scrapbook.

Along with the last period, sponsorships in the sidebars were prevalent and Facebook was encouraging brands to create their own ads, perpetuating their evolving monetization efforts.

Content: At this stage, the content was still predominately user-generated with emphasis on images or multimedia. There is a rise in value placed on user-submitted content from outside sources.

From a style/features point, Facebook made another push to revamp images and video with an Instagram influence, making images larger and the entire site more appeasing to the eye. One other interesting features introduced was the autoplay for videos that was based on the success from Vine and Instagram video. This adaptation for rich media content can be seen as Facebook’s attempt to prepare for a future need.

This period was marked by Facebook trying to balance high quality content with promotions on indivudals’ News Feeds. They developed several updates for the News Feed algorithm taking author, number of likes, comments, and shares all into account as they float the best content to the top. They then started integrating promotional content natively to users amidst this “quality content.” Sponsored stories started showing up in the News Feed and Suggested Pages as well. This, combined with promotional ads on the sidebars, showed Facebook’s desire to monetize traffic for investors.

The end of 2013 and start of 2014 have marked a big push for Facebook to become a user’s central content hub for news and discussions. It has integrated a “trending” section that allows users to click into a feed fully devoted to a trending topic. It has multiple postings related to that topic and encourages users to engage in comments, shares, or likes.

It appears that Facebook will attempt to build on the initiative of becoming a news discovery/commenting resource. It implemented an algorithm adjustment the end of 2013 that devalued meme posts with a high number of engagements and put more value in newsworthy articles that garnered shares and comments. In addition, they are attempting to recognize content that is timely.

If Facebook can crack the code for publicizing the timeliest and most-engaging content first, then it has potential to take over the news discovery and commenting space from competitors like Flipboard, Twitter, and Prismatic.

Content: At this stage, user-submitted content is the most weighted and prevalent in the News Feed. The more engaging, the longer it stays at the top. User created content like statuses or pictures only float to the top if they have a high number of shares, likes, or comments.

If you look at Facebook’s growth over the last 10 years, you can see the constant struggle between user experience and monetization. From its conception, the site was built and designed to be a place for a user to go to, connect, and engage with others. That appears to be the core concept, but as time progressed the invasiveness of sponsorship, ads, and promotional content is more than noticeable.

Facebook has become a pay-to-play platform and even stated in December that brands will have to invest more into paid media for their posts to reach the targeted communities. That’s right, Facebook wants to be an algorithmic news media source that puts a higher value on paid posts. This seems counter-intuitive and may prove to be a pitfall in their approach.

The Challenge for Brands

Facebook is certainly one of the strongest mediums in social media and there’s no surprise that your brand needs some form of identity on the site. The real challenge for brands is whether to spend your budget in paid media so that your brand and content reaches a high volume of views, or to put money into developing “high quality” content that gets organic engagement and naturally floats to the top.

There is no perfect answer to this question; the best bet is to take a good look at your demographic, your budget, and what makes the most sense for your brand. The best case scenario is to allocate part of your budget towards content creation and some to promote that content. Whatever the case, recognizing the importance of Facebook as an amplification platform for your brand and content is paramount. 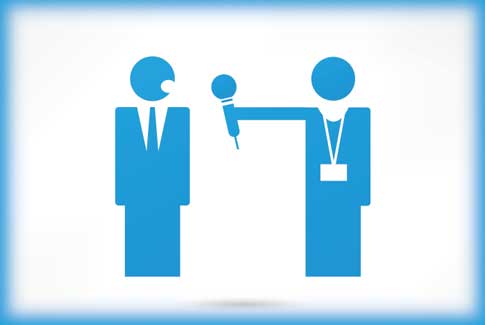 Myself and a motley crew of CopyPressers traveled to the impressive Pubcon South this past spring in order to record interviews and meet...

In the few years that CopyPress has been alive, we’ve made several changes to the comments section of our blog. We’ve added captchas,...

So, what’s in store for the Internet marketing community this week? New, trending topics just hot off the press are now available for...