Mama always said that you can’t please everyone. Back then, as a teenager, you probably rolled your eyes and went on trying to please everyone, but what mama said is true, and it becomes truer every day. Since content reaches such a wide audience in today’s era of global communication, you’re bound to rub someone the wrong way, even if it’s completely unintentional. While we should always be sensitive to others, we shouldn’t let the fear of causing offense keep us from being creative and making great content.

When you become aware that your content has offended someone, how do you handle the situation? Do you bow down or stand strong by your content? You don’t want to lose customers or fuel rumors, so what’s the best route here? In this article, we’ll discuss how to stay professional and make the most of offended readers’ feedback.

Take a Step Back

Offended readers may contact you to communicate their displeasure in a variety of ways; they might reach out via email, phone call, letter, etc. When receiving feedback, it can be easy to match others’ offense with our own. We often get defensive about our work, especially creative work that we’ve invested ourselves in. Getting defensive and offended is also easier when the criticism we receive was harshly written or spoken in the heat of the critic’s anger.

For the sake of all that is good and holy, don’t respond to this offended feedback immediately. In the moment of your own frustration, you could say something that you’ll regret. You need some time to cool off, to let your mind slow down and move past the initial, frustrated reaction. Do whatever you need to in order to relax. Take a walk. Listen to some music. Move onto other work. Whatever will help you get a level head.

Once you’ve taken a deep breath and can return to the critic’s feedback without wanting to yell at them, try to consider where the critic is coming from. As frustrated as you may sometimes be, offense is often rooted in something significant. Even if that significance only rests in the individual critic, it’s still important for you to recognize. Listen to what they’re saying and attempt to consider it objectively. Look at the problem from a wider perspective and try to understand it, even if you don’t agree with the criticism on a fundamental level. Remember to keep biases and assumptions about the critic from clouding your analysis of the problem.

Once you’ve cooled off and looked at the wider picture, it’s time to look for the source of the problem on your end. For example, maybe the offense was caused because content creators on your team didn’t follow the style guide or the company guidelines. This isn’t the blame game, and most of the time, an offended critic is nothing to fire someone over. After all, it’s very possible that the mistake was just that — it was probably nothing intentional. That being said, it’s crucial to address the source of the issue so it doesn’t happen again. Correct whoever made the mistake. Ensure that style guides and other guidelines are followed.

It’s also possible that the offended critic was hurt by a bias or stereotype that simply slipped by because of some level of ignorance on the part of your company. We can often be blind to perspectives that aren’t are own or aren’t common to our culture. An adjustment in market research and content research strategy should help you always be aware of and avoid biases and stereotypes.

When it comes down to it, sometimes people are just offended by something out of your control. Maybe it has more to do with them than with your content. As you’re looking for and handling the source, identify what about the problem is in your control and what’s outside of it. Most of the time, you’ll find that there’s at least something in your control that you can improve. For example, you might need to increase your company’s sensitivity to a certain issue. No matter what the source of the offense or criticism is, you can always reach out and create a dialogue with the offended party.

By now you’ve hopefully cooled off and looked at the problem enough to respond professionally to the offended individual. If you’re lucky, the critic left you with a way to correspond, such as a return address or an email address. You may even be able to strike up a conversation on social media that will let many people know that you are handling the problem with grace and professionalism. Use that connection to let the individual know that you’re listening and you understand where they’re coming from. You may not actually agree with their criticism, but you can at least view the problem from their perspective and validate their feelings.

If you or someone in your company slipped up somewhere in the content creation process, take responsibility for the problem. Don’t feed the stereotype of a faceless business that doesn’t really care about its clients. If there are aspects of the problem that are in your control, let them know that you’re doing what you can to remedy the situation. And if the source of offense is out of your control, at least let them know that you understand and that you’ll improve where you can.

Finally, be grateful. Thank them for making you aware of these issues. Who knows? Depending on the issue, the critic could have just saved you from future headaches and even potential lawsuits. A harshly worded letter is much better than a court date.

How you respond to offense can drastically impact the future of the company. From public perception, to your relationship with your clientele, how you handle criticism will either improve your business or drag it down. Content is never perfect, but criticism gets you at least into the ballpark. 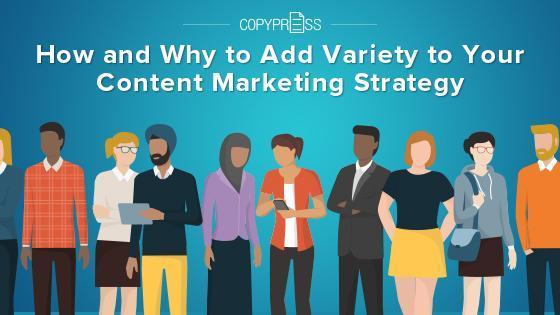 When people think about content, they tend to focus on the copy. Website and social media copy is easy to create, doesn’t cost... 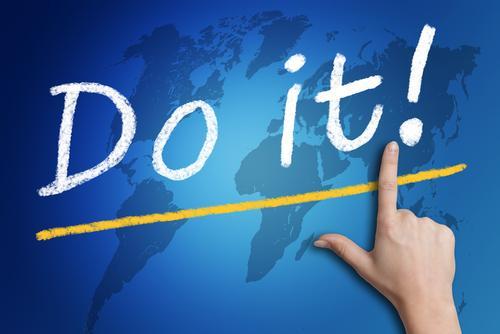 Curation is a term that is gaining popularity in the content driven world of marketing, but many outside the industry don’t know what...