Marketing industry competition pushes us to always be looking for the next fresh way to do things. There are plenty of new tactics out there waiting to be discovered, but we can also learn from universal lessons already taught. Time is a great sifter, removing from memory what didn’t work while preserving what succeeded. We call the record of those successes and failures history.

You may know a bit about world history, but how much do you about the history of content marketing? Just like we can learn from the lessons of recorded history, we can also learn from the successes and failures of early marketing. After all, those strategies transformed some brands into modern household essentials. So strap in and prepare for a ride through the history of content marketing.

In the Beginning Was John Deere

Well… almost the beginning. Of course, writing and advertising have been around since humankind started drawing pictures on cave walls, but up until the late 19th Century, nothing resembling what we would call “content” existed. In 1895, John Deere started printing The Furrow, its quarterly magazine. Seen as the birth of brand publishing, the creation of The Furrow is largely a result of technological advances in both transportation and communication that started to reduce the gap between business and customer.

The Furrow wasn’t a catalog. It didn’t overtly seek to sell products on every page. Instead, it strove to establish a connection between the brand and customer by sharing articles and agricultural tips in addition to advertisements for John Deere products. This genesis of content marketing became so popular that it had four million readers by 1912. The Furrow started teaching businesses that selling product wasn’t always about selling product; it was about building brand loyalty and becoming a part of the consumer’s home.

Shortly after The Furrow set a precedent for early content marketing, a little French tire company called Michelin (maybe you’ve heard of it) published a 400-page book called The Michelin Guide. The Guide was for motorists to use while on the road. It provided valuable information on places to find auto maintenance, hotels, and restaurants, and it also gave some general travel tips.

But isn’t Michelin a tire company? Why wouldn’t they use at least some pages out of 400 to sell their merchandise? Well, they did, albeit indirectly. The idea was that the Guide would motivate people to travel more, which would end up wearing out their tires, and they’d have to come to Michelin to replace them. The Michelin Guide actually had so much success after its release in 1900 that it boosted business for those listed in the Guide. Even today, restaurants around the world seek the coveted Michelin stars to increase their prestige.

The Michelin Guide not only benefited the businesses they included in the publication, but it also set the stage for consumer publications, ads directed toward a specific audience, and ads posted in niche magazines. This brings us to the next significant point on our timeline.

You’d be hard pressed to find someone in America today who hasn’t heard of or eaten some kind of Jell-O product. From actual Jell-O to pudding, cheesecakes, and more, Jell-O is part of American culture. But it wasn’t always that way. In the early 20th century, Jell-O was floundering and in danger of failing altogether. In what could have been its final great push, Jell-O started putting ads in The Ladies Home Journal, since its ideal audience was the American housewife. Believe it or not, this was one of the first instances of purposeful audience targeting.

Those ads started to increase sales, but the success really came with the Jell-O Recipe Book – a publication once again tailored to Jell-O’s target audience. The book didn’t sell Jell-O, but instead gave people things to do with Jell-O. This inevitably ended up boosting sales. Thanks to this risk taken in 1904, Jell-O is now a household name.

Just as previous technology moved marketing forward, the introduction of radio to many homes across the world brought even more content marketing opportunities. Radio brought content right into the home, straight into consumers’ ears. Just as The Furrow started to do, radio further made it possible for brands to be part of the household.

For example, Sears started a radio broadcast called the “World’s Largest Store” Radio Show. Using the audience targeting that Michelin and Jell-O had established, Sears targeted the profitable farming industry. In addition to advertising Sears’ products, the show discussed farming and also had musical and comedic performances. The show became so popular that it prompted more people to go and buy radios just so they could listen to the show. And guess where they bought them from: Sears.

Unfortunately, the accelerating pace of content marketing came to something of a stand-still in the 1940s and 50s. Advertising took over the media and left little room for content to make any further advancement. Little more would happen in content marketing until the 1960s and 70s.

Once again, the introduction of TV into homes opened the door for new and more creatvie content marketing opportunities. Esso (called Exxon today) was one of the first businesses to take advantage of this new form of media. In the early 60s, Esso developed a campaign around the catchphrase “Put a tiger in your tank,” suggesting that gas from Esso had the strength of a tiger.

Esso launched this campaign across multiple channels, from TV to radio, magazines, and newspapers. This was the first time that a large scale, consistent campaign was applied to multiple channels. It established brand consistency, gave Esso more exposure, and set a high precedent for the future of content marketing.

When computers and Internet usage began to spread across the world, a new channel for content marketing was born. Marketers started exploring ways they could use this new, digital media, from websites to emails and much more. In 1993, O’Reilly and Associates was the first business to launch a commercial website. This was really the moment when content broke the monopoly that advertising had on the media. Anyone with an internet connection could now create and forward their content.

The phrase “content marketing” was born in 1996 at a discussion for journalists at the American Society for Newspaper Editors. Little did John F. Oppedahl know when he said the phrase that it would quickly become one of the most important terms in marketing.

In 1994, the first blog was created by Justin Hall of Swarthmore College. While some blogs have always been used as a kind of digital diary, blogs introduced the opportunity for brands to connect with their audiences, share more content, and continue to build their brand and tone. “Blog” became a term in 1999 when it was shortened from the word “weblog.”

The Rise of Social Networks 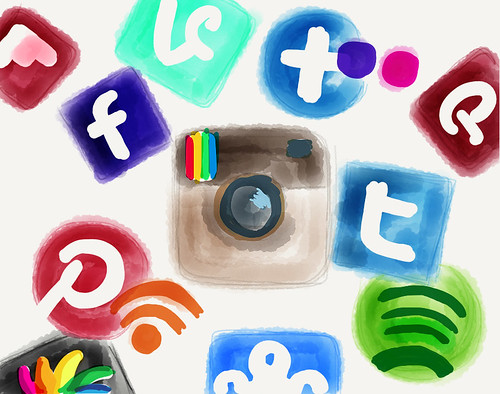 The Internet became a dynamic channel – a laboratory where content marketers could continually find new ways to connect with audiences. In fact, so much content joined the web that in the early 21st century, ranking algorithms had to be developed to somehow manage the huge amounts of content.

As Internet usage expanded, social networks rose, becoming yet another channel through which brands could enter consumers’ homes. Facebook, originally called “The Facebook,” started in 2003 and remains the channel of choice for consumer marketers. In 2006, Twitter joined the social network club and brands quickly started using it to engage in real-time conversations with consumers about products and other issues. YouTube rose in 2005 and created a groundbreaking precedent for videos in content marketing.

Not only did social networks introduce a new channel to present campaigns, but they also allowed for immediate interactions between brands and consumers.

What could the future hold? Another channel? Could virtual reality somehow become a new marketing method, allowing brands to immerse consumers in an experience? Who knows. But with the growth of channels and marketing influence only accelerating, the possibilities are endless.

So, what kind of lessons can we take away from the history of content marketing? You could write a book on this stuff, but we’ll try to nail down just a few. First, adapt. Many of the leaps in content marketing happened because brands adapted to advancing technology. Brands that didn’t adapt don’t exist today. Second, always remember your audience. We wouldn’t be where we are today if brands like Michelin and Jell-O hadn’t started aiming at specific groups. And finally, take risks. All of the businesses we’ve discussed were trying something fresh, and any time a business tries something outside the box, it’s risky. But these risks paid off.

Now that we’ve learned about the history of content marketing, what will you do to contribute to its future? Who knows… maybe an article another hundred years from now will have your brand’s name on this timeline. 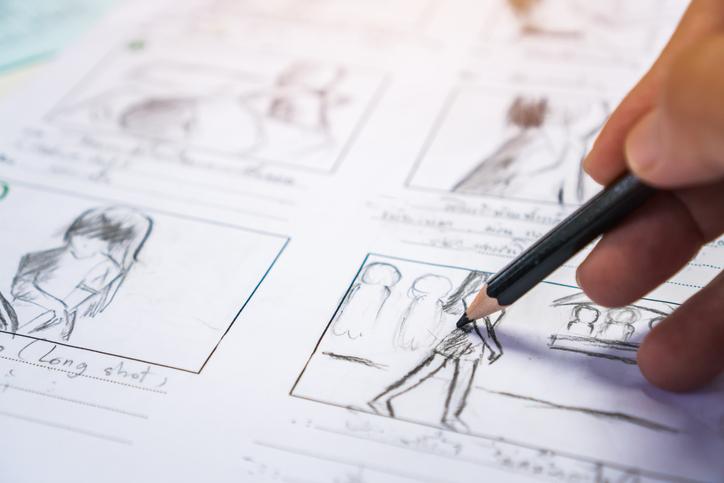 Video content is a great way to keep your audience engaged on social media platforms. It’s also a great supplement to other types... 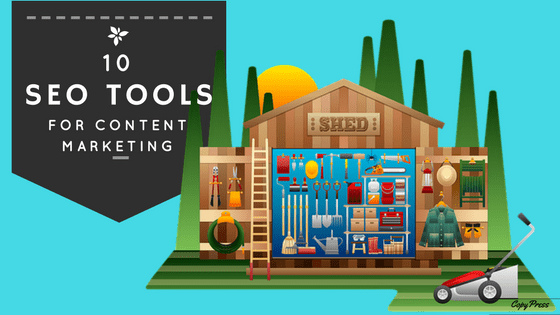 As a content marketer, search engine optimization (SEO) should be an essential component of your workflow. When you want your blog posts, e-books,...

We've tallied your votes and the results are in! After two exciting rounds, our final would-be champions are...