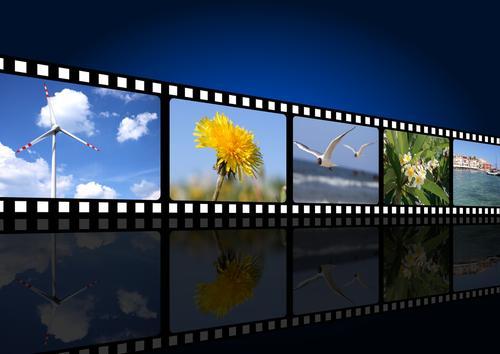 I don’t know about you, but I’ve been on the edge of my seat waiting for the day that I would be bombarded with customized advertisements.

Who would’ve believed that the futuristic world created in Steven Spielberg ‘s 2002 hit movie Minority Report would be so close to a reality only a decade later.  Well, Facebook is moving us one step closer to that seemingly distant reality with their roll-out of auto-play video advertisements making the rounds in the media this week.

I know that ads won’t be popping up out of thin air, but take a second to consider how many times a day you access Facebook from your mobile device.  The average smartphone user checks Facebook 14 times a day, and for some of us that number can easily reach 20+ times.

Consider the fact that Facebook will be putting targeted videos from advertisers in your feed that you will most definitely see unless you quickly and intentionally scroll past.  Think about the world the characters in the movie experienced.  As they were traveling through their day, advertisers instantaneously showed them timely, targeted ads that were aimed to take advantage of what the individual was doing or thinking.  While Facebook doesn’t know (completely) what we are thinking yet, I think you can see how the ability to place a targeted video in front of someone no matter where they are located is eerily similar to Spielberg’s vision for the future.

So how do brands take advantage of this future world of content marketing?  In short, they pay for it!  Early figures indicate that companies will be paying upwards of $1M dollars per day that they use the new video service. Consider the fact that the targeting is not what you may expect from typical Facebook advertising.  For now, brands can choose broad age ranges and sexes, i.e. Men under 30, or can pay a premium of up to $2.5M to reach the entire U.S. Facebook membership base.

Thankfully, from a user perspective, the ads will be capped to three views per day per user.  Also, while the ads play the video automatically, a user has to click the video to see it full screen and access the sound.

Don’t get me wrong, I enjoy seeing my six month-old nephew smiling and playing with my sister-in-law as I scroll through my timeline thanks to the auto-play capabilities that are already implemented on user videos uploaded to Facebook.  But that’s probably because he’s my nephew and I want to see him as much as possible.  Babies grow up fast and he’s a 10 hour drive away from my home in Tampa.

I also occasionally see something from some of my other friends that captivate me enough to pause scrolling and watch for a few seconds.

I’m not saying auto-play itself is a bad thing, or that Facebook ads in general are bad, but the questions remain: do I want to see these videos created by companies that I’ve never heard of or connected with?  How will brands create captivating content that will get me to click through to see the entire video with sound?