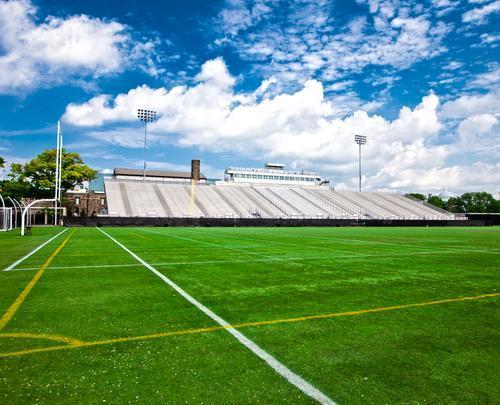 BlackBerry was thrilled to announce it had hit the 10 million download mark just 24 hours after launching a BBM app for Android and iPhone. As of writing this, there are currently 200,606 reviews on Google Play, 80% of which give the app four or five stars. This is wonderful news for BlackBerry, except that a chunk of those rave reviews are spammy astroturfers making the company look seedy.

For those who are unfamiliar with the concept, Astroturfing is a manufactured campaign designed to give the appearance of a grass-roots movement, and breaks all kinds of FTC regulations. The most widely-known example is Wal-Mart creating a blog about two people traveling in an RV and stopping at Wal-Mart stores across America. They were trying to make it seem like the average American loves Wal-Mart enough to run a blog about traveling there, when really it was just another marketing ploy.

It soon became blatantly obvious yesterday that the BMM Google Play page had been taken over by spammers trying to astroturf the reviews section. They didn’t even try to make it seem like the fake reviews were unique. Over and over again bloggers found the exact same sentence pasted into the comments section:

Thank you so much blackberry team. I was waiting this app. Its really great user friendly and smooth

Raise your hand if you cringed at the missing apostrophe, commas, and end punctuation. I know I did.

It doesn’t take a tech expert or a spam-fighting government official to notice that something is fishy about the posts. There’s no way so many people would say the exact same thing. If there was even a shadow of a doubt that this movement wasn’t organic, turn to Terence Eden’s Blog, where she took a screenshot of a review from one Ruhel Ahmed who accidentally copied and pasted the entire email:

Dear Mr. Ahmed, Please post the following comment on the new Blackberry Messenger Android App. ‘Thank you so much blackberry team. I was waiting this app. Its really great user friendly and smooth.’ BB Team.

Before we go any further, can I have a moment of outrage for the intentionally poor grammar? Do they think skipping commas is more realistic? Clearly their punctuation keys aren’t broken because the author uses commas, periods, and apostrophes in the message to Mr. Ahmed. PSA: If you must do something illegal, do it with proper grammar.

Novice detectives might accuse BlackBerry of starting this movement. After all, it’s their app and the message was signed “BB Team,” but the Internet has taught us that anyone can create a persona and speak on behalf of a brand. BlackBerry immediately came forward and made a statement to The Verge denying all involvement:

We have been made aware of a number of potentially fake reviews of BBM for Android on Google Play, with ratings anywhere from one to five stars. We have no knowledge of how these reviews were created or populated. We do not approve of or condone such activities.

It’s definitely believable that BlackBerry would have no knowledge or involvement of this simply because they’re not that stupid. Why would they instruct spammers to post the exact same thing over and over again but range the number of stars given? If anything, BlackBerry would want constant five star reviews with different wording each time.

The Examiner pointed out that it would be logical for an IM competitor to launch a campaign like this that was doomed to fail. They knew BlackBerry would be getting publicity for the app and decide to add a negative spin to make their PR team go into crisis mode. The fake reviews were so bad and so obvious that of course BlackBerry would get caught and blamed.

Even if BlackBerry’s name is cleared and most of the reviews are deleted, the credibility is still tarnished. Is the app as highly rated as Google Play makes it seem? Or is that just the work of spammers?

Who do you think was behind this?