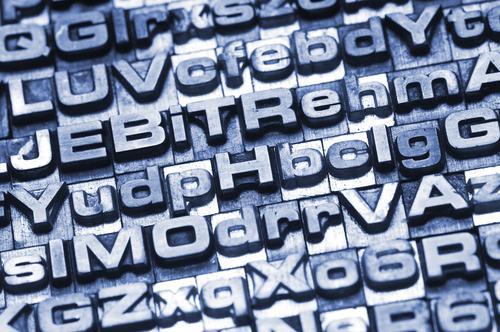 It’s time to keep our discussion rolling on the ever effervescent Serif family. Last time our journey took us back to the 15th century where we discussed Humanist and then into the early 1500’s where Old Style was defined and the first Italic face was born. Today our story will take us to the forefront of the 18th century to discuss Transitional.

Welcome to The Enlightenment. With the resistance toward tradition in art, literature, and religion in full swing, it’s no surprise that this time in history would also mark the descent from traditional letterforms in typography. Transitional differs from Old Style in that the style was less influenced by handwritten letterforms. In fact, the pen’s influence began to disappear altogether.

Let’s go to the last years of 17th century France, where the first Transitional (otherwise known as Neoclassical) typeface was being designed by Jacques Jaugeon in 1692. The typeface was to be called the Romain du Roi, or the King’s Roman, commissioned by King, Louis XIV. However, the first book to use Jaugeon’s typeface wasn’t produced until almost a decade later in 1702 and the first full set of 82 fonts wasn’t completed until 1745.

Side note: Ever wonder what the word oblique in a font family means? It looks just like italic, you think. Jaugeon was in fact one of the first to design this complementary sloping roman which is actually an alternative to a true italic. In fact, a font does not have to be sloping to be italic, some of the earliest italic types were not sloped.

Flash forward a couple years and you’ll see John Baskerville’s work arriving on scene, truly epitomizing the departure from traditional letterforms. Below we can see the change from the more calligraphic flow of typefaces.

Funt Fact: In 1758, our friend Baskerville happened to be rubbing elbows with one of our founding fathers, Benjamin Franklin. Franklin was an advocate of Baskerville’s work and a major influence in the widespread adoption of the typeface in federal government published works in the U.S. He was such a fan that in a letter he wrote to Baskerville in 1760, he recounted his defense of his type to an English gentleman who ranted that Baskerville’s ‘ultra-thin’ serifs and narrow strokes would blind readers.

It’s apparent that Baskerville has stood the test of time, despite opposing opinions.

1. Vertical or almost vertical stress in the bowls of lowercase letters. It was a stressful time, it seems… Haha, a little type humor there.

Next time we’ll discuss: Serif — Modern. One of my favorites!

Need to get caught up on Let’s Talk About Type? Check out Serif – Humanist and Old Style and Blackletter.