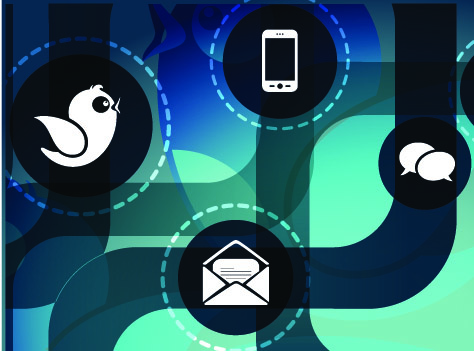 What do you think of when you hear the phrase “Twitter direct message”? Do secret exchanges of 140 characters or less come to mind? Do you think they’re par with Facebook messages, except on Twitter?

More likely than not, you associate DMs with cringe-worthy auto thank-yous and seedy URLs sent when someone you follow gets hacked. Neither of those are welcome in my inbox.

Previously, Twitter had a policy that the only people who follow you could send a direct message. This limit is meant to cut down on harassment and unwanted proposals. Twitter is considering an option to let users opt-out of that protection and opt-in to Direct Message freedom. This would mean that anyone who knows the name of your handle can send you a private 140 character message.

@ rolandhulme Pls follow me, so I am can DM you back. Thanks!

Users can check a box in their settings that will allow any follower to send a message. It’s an opt-in system, so you shouldn’t expect to start randomly receiving messages from strangers if you take no action.

Opting-in is a bad idea.

If you read nothing else in this article, take heed that giving the entire universe power to DM you is opening up a Pandora’s box that not even Zeus could close. It means that all the spam you receive under the Connect tab will double itself in your inbox.

Of all the social networks, Twitter is one of the spammiest. Sure, Facebook has its Farmville requests and night club promotions, but those generally come from people you accepted into your Internet life. Unless your account is private, anyone on Twitter can tweet at you, and that leads to high levels of spam. In fact, Twitter claims that five percent of accounts are spam bots, but doesn’t really know the exact number. That’s not very reassuring.

Now, I only have a few hundred followers, but I rarely receive Twitter direct messages that have any actual value or are sent by real human beings. Even corporate accounts that I’ve run have seen more mentions than private messages. The vast majority of Direct Messages rotting away in my inbox are spam.

Now, I only have a few hundred followers, but I rarely receive Twitter direct messages that have any actual value or are sent by a real human being. Even corporate accounts that I’ve run have seen more mentions than private messages. The vast majority of Direct Messages rotting away in my inbox are spam.

Just last month 20 users who I follow – ranging from people I find interesting to close personal friends – had their accounts hacked and sent out direct messages recommending videos with questionable links.

Last year, I almost started to believe that “someone was saying horrible things” about me due to the sheer number of spam messages lurking and waiting for me to click on them. Almost. Fellow Twitter users, I know you feel my pain.

Auto-replies: no one likes you.

The feeling of popularity and self-worth that usually comes with receiving a tweet or text is immediately shattered when users check their phones and find an auto-DM when they thought there would be an actual message.

Optify ran a study that sent an automated thank-you for one week and compared the unfollow rate from previous weeks without it. The results were clear: without the auto-DM there was a 16.5% unfollow rate, then increased to 40.5% percent with it. That’s a 245% increase! Furthermore, an unfollow rate of 40.5% percent means that the brand was losing almost half of the followers it gained. Imagine if 40% of sales that your company made were returned for a full refund. Your business would collapse in a matter of days. Don’t hinder your social media presence with an auto-DM.

My only consolation when reading about this news is that the Huffington Post and Business Insider agree with me. Opting-in paves the way for spammers. I’m all for change and evolving technology, but this one update I plan to pass on, and recommend you do too.