Perception and Its Impact on Your Brand 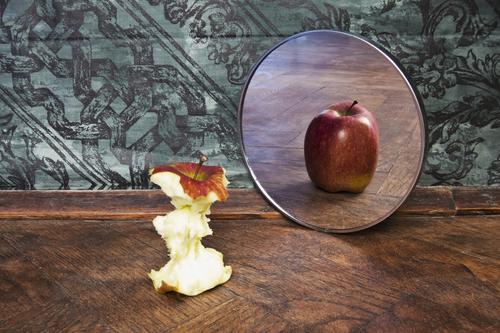 Perception is part of how you view the world around you and those in it, it’s a basic response to information in the environment. The perceptual process works like this: information is received, then it is organized and combined with information we already have, and then it is interpreted.

Because of the way this process works, any one piece of information may be interpreted very differently by each individual that comes across it.

What Does Any of This Have to Do With My Brand?

Essentially, what you think your brand stands for may not be how others are interpreting it. Not everyone perceives information the same way, so it’s important to know your target audience.

For example, if you’re working on a travel campaign you may want to consider factors such as whether the target audience is one that is well traveled or just beginning to explore. Is the audience comprised of solo backpackers, couples, small groups, or families? An infographic on the best bars in Amsterdam will be received very differently by each member of these specific groups.

Another thing to keep in mind is your brand voice. Your brand voice can help customers get a better idea of what your brand stands for through social media – it’s essentially your brand’s personality.

The language and tone that you use can help distinguish you from other businesses in your sector to your audience. However, it’s important to keep in mind that not everyone will interpret your brand voice in the same manner. This, again, goes back to perception: the type of voice that you use can – and will – be perceived differently by members of your audience.

Let’s say your brand’s twitter feed consists mostly of almost intelligible internet slang, pop culture references and memes. If your target audience is primarily a younger crowd then they will probably perceive this brand voice in a positive light, while an older crowd will probably not think so highly of it.

If you are trying to reach a broader demographic it might be worth having a few different brand voices via social media. A good example of how this would work is by having a variety of contributors on your blog. While some members of your target audience might not respond as well to one voice, they might respond exceptionally well to another and vice versa.

Social media can also be used to help sway public perception from negative to positive after a PR disaster. Taco Bell is an example of a company doing just that. They used their popular Twitter and Facebook accounts to address public concerns after a picture of an employee licking a stack of taco shells hit the net. Not only did Taco Bell bounce back relatively quickly, their Buzz score was higher after the incident than it had ever been.

Taco Bell is the most important meal of the day.

Really understanding what the perceptual process is and how it works is an important part of developing your brand. While you may identify your brand as type A, your target audience may identify it as type B based on any number of things such as past experiences, sensory data, and/or social cues. You can use your brand’s voice on social media to help influence the popular perception of your brand. Letting your brand’s unique personality show can both attract a large audience and alienate another segment, it’s all about striking a balance.