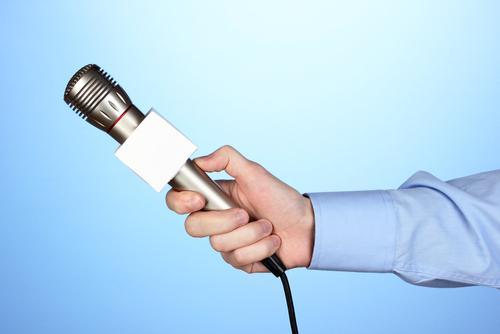 In today’s business world, connecting with consumers on an individual basis is one of the most important aspects to both gain new customers and stay in touch with current ones.  In today’s interview, I had a chance to sit down with our Twitter expert Michael Becerra to get his thoughts on the state of Twitter and where it may be going.

There are two things I really enjoy about interacting with people on Twitter. The first is learning what people find interesting and worthy of their time. I may tweet something very simple that I don’t think will gain much attention, and for whatever reason it sparks a conversation or gets a lot of retweets. I also like the creativity people have and can showcase with only 140 characters.

What are the biggest drawbacks to using Twitter?  Can you see these improved in anyway or are they just something that comes with the territory?

Some people really embrace the 140 character limit, but I think it’s the biggest drawback personally and for brands. There are times where it’s difficult to fit everything I want to say in that 140 character limit. It’s hard to fit a description, mention, URL, and hashtag without running out of room or worse – having the tweet look too cluttered and promotional.

Another drawback is the sheer amount of noise on Twitter. The average Twitter user follows about 100 people, so you’re under considerable pressure to cut through all of the other conversations.

How does Twitter compare to other social networks in regard to marketing and advertising?

Compared to other social networks Twitter is one of the better customer service platforms. It’s very easy for people to get in contact with their favorite company or brand and have an open conversation to discuss positive or negative issues. Companies can take the conversation private with direct messages for more in-depth problems and have the ability to turn a positive into a negative. A brand will be viewed in a good light if it’s able to quickly find solutions to customer problems.

As for the advertising aspect, Twitter gives customers a voice and lets them advocate on the brand’s behalf using hashtags and other promotion methods. I think hashtags have really changed the way companies market online. Also, tweets can have a farther reach than Facebook posts.

Do you have any secrets for getting a Tweet to gain maximum exposure or retweets?  What have you found are the best tools for expanding your followers?

The biggest key to gaining exposure and retweets to post relevant content that your audience can relate to. It sounds simple but is more difficult than many think.

Generic tweets won’t do the job. Also, adding a call to action to your tweets will increase the chances of them getting retweeted by someone.

As far as tools, there is one in particular called TweetAdder that I use regularly. It allows you to target a specific audience based on location, profile information, and recent tweets. It’s great because you can find accounts that are interested in the same topics you are tweeting about which gives you a better chance to connect and start a conversation with them.

In a world of 24-hour news coverage and constant updates, how do you feel when media outlets break news stories on Twitter before they have all the facts and information?

I enjoy the fast paced world of twitter updates and statuses but I do believe journalists need to make a conscious effort to report accurately. A tweet with breaking news – like about the Boston bombings or killing Osama bin Laden – will spread like wildfire and thousands of Twitter users could believe and spread false information if the desire to be first wins over the desire to be accurate.

I learn about breaking news through social media but I don’t take the tweets as the whole truth. To me seeing a report on twitter is like the introductory and I later find a trusted news channel to get the rest of the story. I recommend most people do the same.

Engagement. You want to build a relationship with your customers and have them interact with your brand. That creates loyalty and spreads word of mouth.

Never lose sight of why you have a social media account, and try to track your conversions as much as possible. It’s not about the number of followers that you have, it’s the percentage that’s engaging with you and then buying from you.

Wal-Mart recently announced it will be battling any negative Twitter feedback it receives.  What are your thoughts on this?  Do you think it’s a good idea for businesses to protect their name or should they just let it go?

I do think it’s a good idea for Wal-Mart to defend itself against negative feedback but I wouldn’t recommend them “battling” the negativity. Battling seems too confrontational. People will have their opinion and some people will just troll them so I think Wal-Mart needs to stick to the facts and be okay with letting some things slide.

If brands are going to confront negative feedback they need to turn it into a positive solution – just like I was saying earlier. Social media should never be an “us against them” playing field.

Do you think there’s long term viability for marketing on Twitter or do you think it will become overloaded with advertisers that isolates visitors?

I think marketing on twitter will be around for a long time. Twitter customers and fans have a voice that companies can and must pay attention to. If marketers learn to use twitter by getting customers involved and creating content on their behalf rather than stuffing their news feed with obvious ads then twitter will continue to be a prominent social platform.

Have any questions for Michael? Ask him in the comments! He’ll do the best he can to answer any problem, curiosity, or question you have about managing a brand Twitter account.