Regulate is a Dirty Word 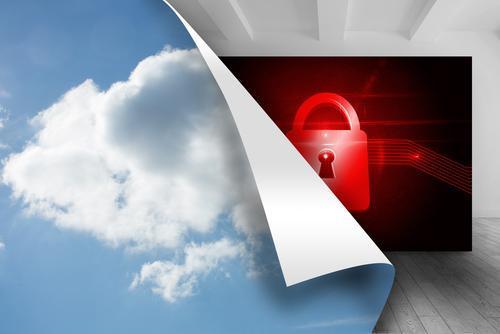 In some of my past posts I’ve written about the importance of communicating your brand message and making sure you’re covered in the most effective forms of media. Marketing is like walking a tightrope – for some companies more than others. Here, I want to talk about some of the marketing challenges presented in highly regulated industries.

There are certain brands that I’ve been familiar with since I was a kid like reoccurring campaigns like Burger King (they’re bringing the King back!) or the famous “Just Do It” campaign that Nike should, and does, forever continue to use. For certain industries, however, getting the message across is much more difficult. While regulations are necessary, often they are implemented with intentions that directly affect marketing efforts.

This is the identity of any brand or service. Marketing 101 was all about the Marlboro Man on billboards and other ads. It was iconic; an image that grew incredibly powerful over 40 years. This image, the logo, successfully attracted the target markets of the time. It created a perceived brand message, that smoking was cool. The success of this campaign remains undeniable.

Ultimately the Marlboro Man gained so much controversy among the media and public that the tobacco industry was rattled with regulations. The Marlboro Man ceased to exist as restaurant ceiling fans suddenly whisked only fresh air while we ate.  Even as a member of generation “Y” I remember the question, “Smoking or non?” disappearing from the mouths of waitresses.

It was hard for me to believe a Logo could be a catalyst for such controversy, but indeed it was. The regulations now followed by the tobacco industry limit product marketing severely. No longer do we see large billboards or symbolic branding commercials but rather surgeon general warnings on packaging and Truth commercials to bringing a much different message for industry marketers.

Regulations – For Better or For Worse

There are several other highly regulated industries today like banking and alcohol. Each industry faces challenges of its own.

Blame it On the Alcohol

The alcohol industry carefully caters to industry regulations. Companies must be aware of messaging and media times. It’s imperative to keep the product away from the mindset of adolescent consumers and drive a message of responsibility. This is why we often here “Drink responsibly” whispered in the fading three seconds of any ad.

These brands are communicating directly with their desired audience (affluent adult consumers) and successfully working through the challenges presented by certain regulations. These campaigns drive consumer engagement and often create more value with the product.

Conversely, we see other brands conform to do business as usual. When was the last time you saw an awesome Natural Light advertisement?

A Fool and His Money

One industry I will forever be perplexed by is banking. What exactly are they regulating? The financial collapse of 2007/8 put a huge bulls-eye on the industry. It has been under a microscope ever since.

Look at the marketing messages of various banks. Many of these large financial institutions are not communicating the products or services offered, but rather the culture and community of the bank or institution. Is this because banking is too complex to explain in layman’s terms? I don’t believe so. I think it is a result of regulations on many questionable practices. This effort to communicate credibility has surpassed product/service offerings in banking – as a result of regulations.

Watch the Wells Fargo ad below, what exactly does it teach you about banking?

Side note: When this commercial aired over Thanksgiving, everyone thought it was a Budweiser ad because of the clydesdales — now that’s good branding for Anheuser Busch in a regulated industry!

The Future Is Here

I recently passed through a soft, faint cloud of vapor as I walked through the mall over the holidays. What was it? An aberration? Wrong. It was an E-Cigarette!

E-cigarettes are beginning to take the market by storm and the marketing is sure to follow. The product has endorsements from several high profile celebrities and is revered today as a safe alternative to the aforementioned tobacco industry. While E-cigarettes have yet to see any major regulations there is controversy brewing. The Mayor of New York City is currently working to ban the product from indoor use.

This has been followed by regulators rushing to create new regulations. The challenges for marketing this product will prove to be increasingly difficult. Marketing regulations could turn e-cigs into a brief fad that fads away like the vapor they produce.

We must remember the challenges and chances that regulations present. Follow these takeaways if you’re starting to take on clients in a highly regulated industry:

Marketing is tricky. Regulations present challenges and these exact challenges cause certain industries and companies to adapt or dissipate. What will you do?