Teen Steals Wifi and Then Our Hearts: And Then It Went Viral (Podcast) 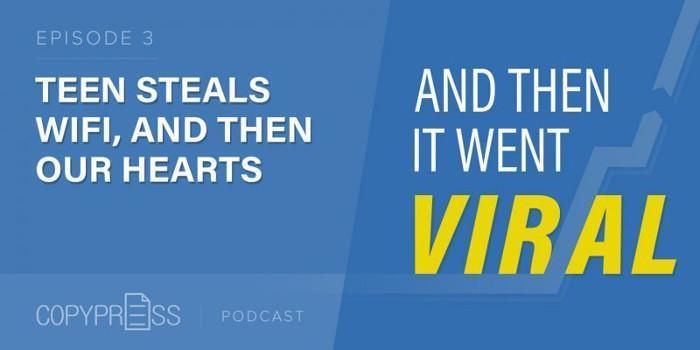 This week on And Then It Went Viral, I talk to Josh Solomon from the Tampa Bay Times. Josh wrote an article about a teenager in Pasco County whom hacked into his schools wifi and faced felony charges due to the action. The story was picked up by over 300 publishers and led to a huge spike in the Tampa Bay Times daily traffic. Josh then followed up with some of the publishers that had covered the story and used the information on those conversations for a follow up story that only garnered a fraction of the traffic of the first story BUT still yielded traffic several multiples higher than the average Tampa Bay Times article.

Check out the original stories here:

You can check out Josh’s other work here: