The Evolution of Infographics

Infographics are beloved by content marketers and Internet users alike. In fact, infographics saw the biggest increase in marketing budgets from 2015 to 2016 because they’re three times more likely to be shared or liked on social media than any other type of content.

It’s no surprise that this form of content has taken the Internet by storm. Humans process visual stimuli faster than text, and the ease of data consumption through scannability keeps your audience engaged on your site longer.

However, this infographic fad isn’t really a fad at all. Graphic visualizations have been around since long before the Internet and even before the advent of paper.

A Brief History of Infographics

Depending on whom you ask, infographics have existed for centuries. Some argue that the very first cave paintings were nothing more than information visualization, while others point to Egyptian hieroglyphics and murals that convey information in picture form.

While it’s a bit of a stretch to look at these ancient forms of communication and think, “Grog thought he could better connect with his audience by painting the deer hunt instead of writing a blog post,” most people agree that infographic visualization was popular and effective long before the Internet.

In the late 1600s and early 1700s, cartographers and merchants were starting to utilize complex map-making to help navigate their trade routes. These maps started to use geometry to visualize distance, and therefore the time it would take to traverse it. Along with maps, the 1700s gave rise to the use of charts to describe the state of the economy. William Playfair is credited as the earliest and most prominent chart innovator with his analysis of the English economy in “Commercial and Political Atlas,” published in 1786.

Data visualization continued to grow throughout the 1800s and 1900s, until charts are graphs were used in everyday life. From financial advisors studying stock performance to kindergarteners learning the water cycle, infographics have become crucial to conveying information from one person to another.

Despite the fact that the word infographic was coined in 1960, it wouldn’t become a household name until the digital era. Blogging was first started in 1994, and blog became word of the year in 2004, following the advent of platforms like WordPress and websites like Gawker.

The premise of blogging was simple: you posted whatever you wanted on the Internet and people would check your blog to see if there was anything good to read. In order to be a successful blogger with a large group of people following you, you needed to do two things:

If that sounds familiar, those are the two premises that modern-day content marketing is still built on. It’s also the reason many blogs from that time failed. (Come on, we all know you don’t update your Xanga anymore.)

While Carrie Underwood was claiming the title of American Idol, corporations were starting to realize that they needed to jump on the blogging bandwagon as well. In this article from CNN in 2005, the author touts the benefits of corporate blogging:

“The most obvious and compelling reason to start and continue a corporate blog is to establish a direct relationship with customers in a context that can build trust over time — something all the advertising in the world can struggle to accomplish.”

The advent of social media also put pressure on companies to create blog content so they could share it on the newly minted Facebook, Twitter, and Tumblr. The race was on to constantly create compelling content — a race we’re still running 10 years later in 2016.

Static infographics as we know them today reached popularity in 2010 and haven’t looked back. With the launch of the iPhone in 2007 and Pinterest in 2010, the digital world was starting to look vertical. Between 2010 and 2012, search volume for infographics increased by 800%. This means more people were creating them and audiences were eating them up.

Brands and content creators were looking for ways to stand out and draw in new audiences that traditional blog posts couldn’t. In 2012, posting an infographic increased a website’s traffic by 12% on average, and the information seemed 53% more dynamic than a traditional text post. In a world where the noise level constantly increases as more and more people blog, brands needed to find a new way to stand out and make their message heard.

In the past six years, we’re seen a boom in non-text content to help content creators stand out and engage with audiences on third-party platforms. Podcasts are seeing a renaissance along with video content — both of which are uploaded or marketed on hosting platforms that don’t require the audience to go directly to your site. Through all this bright and shiny content, the static infographic has remained a popular staple of the content diet. But what is its future?

Interactive Infographics and the Data Visualization of Tomorrow

If there is one complaint that people have about static infographics, it’s that they’re too passive. A reader can scroll past the data, only picking out the highlights, and bounce when they reach the bottom. This passiveness has given rise to the interactive infographic, where the reader is in control of what data is seen and when. They’re data-driven stories where the reader gets to pick his ending, which appeals to the modern Internet audience that wants everything done its way.

One of the main challenges faced by creators of interactive infographics is the additional skillset. Many of these creations need back-end coding that graphic designers might not have a strong grasp of. What is easy to do on a static image might be impossible when creating a viewer journey. Designers and programmers must collaborate, using tools like HTML5 and CSS3 to create effective interactive infographics.

In the next 10 years, interactive infographics will increase in popularity, along with their sister static infographics. Content demand will continue to increase, and interactivity will be an important part of it. 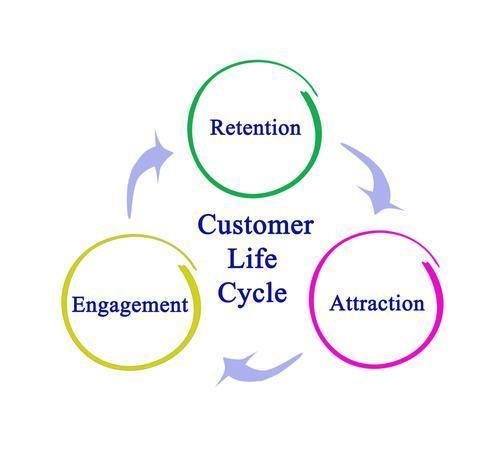 In business, it’s often said that drawing in new customers is more challenging than keeping current ones. This idea is applied to many things,... 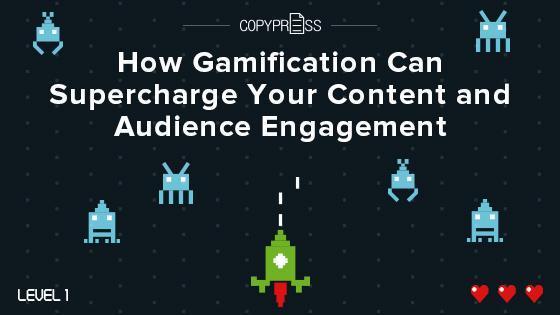 Gamification is the implementation of game-like elements into something where it otherwise wouldn’t be expected or common. Content marketing campaigns can benefit from...

Today’s Category: Conversion CRM Retargeting: The Shiny New Advertising Tactic? What if banner ads could become as targeted and relevant as emails? One...