The Glamorous Underlay Of Blogging

Blogging has transitioned from something housewives do while their husbands and children are gone into the new option for anyone interested in earning a few extra dollars or aiming to get a taste of worldwide recognition. Here are just three examples of blogs out there, and why you shouldn’t be afraid to start one of your own.

The world was introduced to YouTube on February 14, 2005, and since then it has become the world’s go-to for viral blogging. Justin Beiber used YouTube to document his growth as a singer and performer and eventually gained the attention of a talent manager who placed him in front of Usher Raymond. The next thing you know, he’s on MTV singing, “Baby, Baby, Baby, Baby, Ohhh.”

Bloggers, who were born without the talent of song, have also been able to use the tube to squeeze their way into some sort of fame. Let me introduce you to, Funky Dineva also known as Quentin Tantum. Through a few years of posting, “My Hair Is Laid Like…” videos on YouTube he eventually landed a co-hosting spot on the late night web show, Kandi Koated Nights. He has also received recognition from the cast of the hit show Scandal. And a shout out from his favorite character on television Olivia Pope, played by the amazing Kerry Washington. For the future, he has hinted at the possibility of becoming the host of a more mainstream broadcast. The lesson: sometimes all you need to be to make a viral blog is yourself.

We live in a celebrity-obsessed world. For some that obsession is tied to a desire to constantly appear “put together” or fashionable, and that creates a market for the fashion forward blogger.

Posting pictures of yourself dazzled up in expensive clothes might seem like a bit much for some, but what you might not realize is that many of these gals and guys who successfully drive traffic and promote their blogs actually reap high benefits. The majority of them receive a commission on products they helped sell through affiliate marketing.

For example, Leandra Medine is the owner of, Man Repeller.com.  So far, she has been able to take reign as the blogger with, “more sponsorships and brand collaborations than any blogger out there.” As for the male fashionistas, there’s Bryan Grey Yambao, the owner of Bryanboy.com.  So far he has been able to tie a deal with CAA or the Creative Artists Agency. They have signed some of the most talented people in Hollywood, like Tom Cruise and Kanye West. Bryan also made an appearance on America’s Next Top Model as a judge during cycle 19.

The clothes they wear might be tied to high price tags, but what does it matter when they’re getting everything for free? If you ask me, the work and research that goes into a fashion blog is definitely worth the rewards.

The news changes every minute, and since you are an outstanding American citizen, chances are you have a job that doesn’t allow you to watch the news all day. Your next option would be to subscribe to the RSS of your favorite news blog.

The news changes every minute, and since you are an outstanding American citizen, chances are you have a job that doesn’t allow you to watch the news all day. Your next option would be to subscribe to the RSS of your favorite news blog.

The quality of a news blog relies on how quickly they deliver information and the accuracy of their content. Sites like Huffington Post and TechCrunch have been able to build their reputation and become respected in their niche. Sites that have attained an equal level of respect are able to remain live due to deep pocket investors. This explains why the Huffington Post is not filled with a clutter of ads and yet can still afford to have reporters from all over the United States and United Kingdom.

Power blogs are more concerned with gaining respect and receiving recognition for being a quality source of information rather than being famous for posting a story about the trending celebrity.

Building, researching and delivering quality content in order to sustain a successful blog requires a ridiculous amount of work. But depending on your end goal, whether it be respect, fame or money, the payoff can outweigh the hardships. 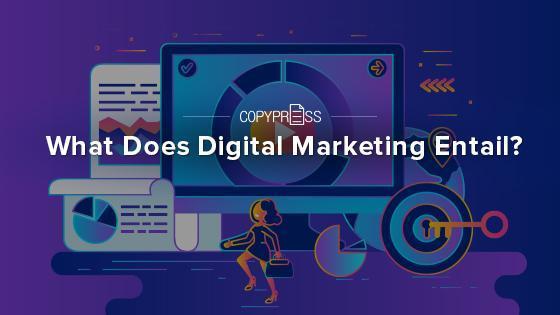 Digital marketing is a complex concept that may be challenging to grasp at first glance. Gartner, a leading research and advisory company, defines...

In the few years that CopyPress has been alive, we’ve made several changes to the comments section of our blog. We’ve added captchas,... 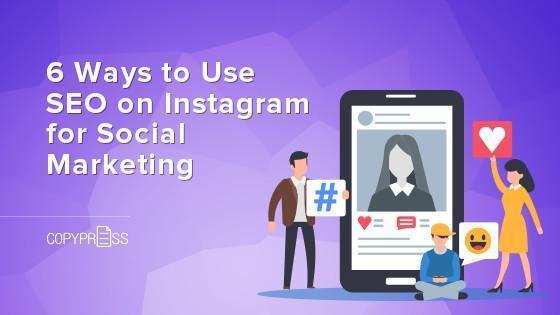 Instagram is a social marketing platform that has continued to grow in popularity. It is a photo-based social networking site, where many brands...