There’s No Such Thing as a Part-Time Endorsement Deal 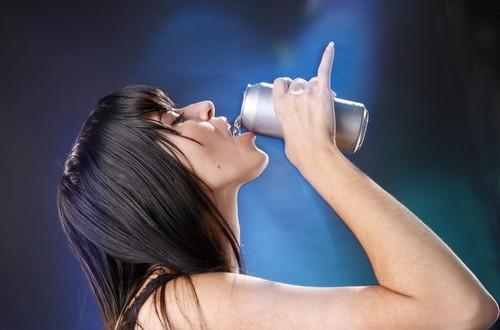 One of the most tried and true marketing and advertisement tactics is the involvement of a celebrity spokesperson. What used to be a simple, “keep your face next to the product” has developed into an entirely new role with said spokespeople becoming brand ambassadors and having creative positions in the companies they work for. Let’s look at the evolution:

Gone are the days when celebs would sign over their face and licensing for companies to slap on a product or campaign. These days celebrities are getting much more involved in the creative aspect of brands – even taking on the title of creative director – for many reasons.

For one, many celebrities know that pairing up with a brand could be a risky move. This makes them want to have more say in the direction of the campaigns if they are going to put so much at stake.

Another reason is because consumers are much more concerned with authenticity of an endorsement and making a connection with a brand, so having spokespeople more involved in the creation of campaigns and ideas helps reinforce that feeling and build authority.

Establishing a spokesperson as a creative can also be a safe move for a company, because it causes the spokesperson to have a sense of responsibility and ownership over the project therefore making them more likely to fully commit.

Not Just Dating, They’re Married to the Brand

In today’s world of social media with every single person having the ability to photograph and publish anything, celebs can’t just endorse a product in formal settings then go back to their personal preferences in their everyday lives. Endorsing a product professionally means being married to it.

The public and the brand expect their spokesperson to embrace the product or brand and when they don’t, it is often considered a huge faux-pas. For example, Alicia Keys is a “creative director” for Blackberry, but when she was caught tweeting from her iPhone it solidified many people’s opinion that the partnership was a bit inorganic and forced.

Aside from commercials and ad campaigns, integrating their endorsed brand into their everyday lives is the biggest way the role of a spokesperson has changed. Mentioning them in interviews, incorporating them into social media posts, being seen in public using them in day to day life isn’t just considered a plus, but more of a given.

For example, Taylor Swift tactfully has included a bottle of Diet Coke in her Vine posts, Kate Hudson has talked about Almay in interviews with beauty blogs, Lebron James wears Beats By Dre headphones on a regular basis. In order for a celebrity’s endorsement to have an effect on consumers they need to not only show them that they think the product is exceptional enough for them to put their name and face on, but also enough that they use it in their everyday lives and are passionate enough about it to discuss it in non-traditional platforms.

There are Long-Term Implications

The decision to endorse a brand may have more implementations than initially realized. Some endorsement deals may last many years, and some may overshadow the celebrity’s primary career.

For example, Jamie Lee Curtis has been the spokesperson for Activia Yogurt for many years, and as she hasn’t been doing much acting recently, many people associate her with the digestion yogurt rather than her excellent roles she has played in the past.

Having your name so synonymous with a particular brand could affect your career, both past and present. This is why many brands offer their spokespeople such incredible amounts of money and creative rights, because while many think a brand tying themselves to a person is risky, it can often be just as risky for a person to tie his or her name to a brand.

Would You Do It?

The role of endorsing a product and becoming a spokesperson has greatly changed in the past few years with the influence of social media and higher consumer expectations. What used to be a few photo shoots and commercials has now become a change in lifestyle for many with endorsement deals.

Some celebrities choose not to tie themselves to a brand for fear of losing traction with their audiences. However, the few risks are often worth it for many as endorsement deals can total up to almost half their salary, and can offer a steady money flow.