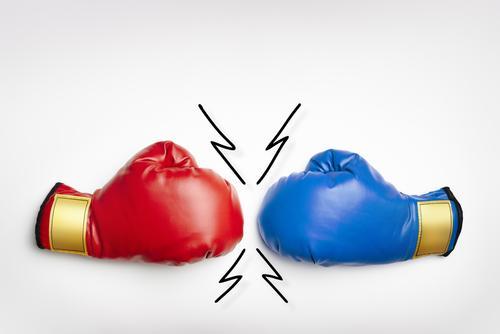 It’s too early to dance on the grave, so Twitter has decided to pour salt into Facebook’s wounds instead.

Several executives talked with Fast Company’s Erin McGirt about all the ways Twitter thinks it’s winning both the battle and the war. They seem to know that most of Facebook’s updates have been a perpetual game of “me too!” parroting the established techniques of Twitter.

“Facebook’s approach is to dominate, destroy, break things… It was clear to me that wasn’t us.” –Chloe Sladden, Head of Media at Twitter.

The most recent copycat move came from Nielsen’s decision to add a Unique Twitter Audience to its ratings system. This was a huge win for the validity of Twitter as both a social network and a TV discussion hub. Facebook decided that it wanted a chunk of the TV attention and has started sending weekly engagement reports to the four largest television networks.

There are two sides to the Twitter/Facebook TV coin. The Fast Co article takes the side of Twitter:

“The live nature of the platform–about 80% of tweets are consumed within an hour of being created, and 96% of accounts are public and viewable, makes Twitter ideal for driving conversation around events.”

“These conversations aren’t taking place between a bunch of anonymous strangers … these are real conversations…with the people who really matter to them.”

Basically, why should anyone talk to strangers when they can just talk to friends?

What’s interesting about the news of Facebook suddenly wanting to become a TV hub is that last month Mark Zuckerberg had a different idea in mind. In an interview with The Atlantic he explained that trying to be cool is overrated and that Facebook is a utility, like electricity.

“Maybe electricity was cool when it first came out…are fewer people turning on their lights because it’s less cool?”

It’s probably more effective to compare Facebook to other Internet “utilities” like search engines and email. Yes, there are hundreds of blogs dedicated to SEO, but the general population doesn’t get overly excited when they Google cupcake recipes and recipes for cupcakes actually appear. Email might have been cool when it first debuted, but has become more of a utility. My inbox can testify that email use hasn’t decreased with the rise of social networks.

Maybe there’s something to this. If Twitter can settle into its niche as a real-time information community then Facebook can roll over and become the utility network. Users can go to Twitter when they want to talk about breaking news or gossip and then go to Facebook to send a message to their parents or wish an ex-girlfriend happy birthday. After all, social media is not fun, it’s a utility.