Understanding Jenkins: How Convergence Culture Can Make A Difference 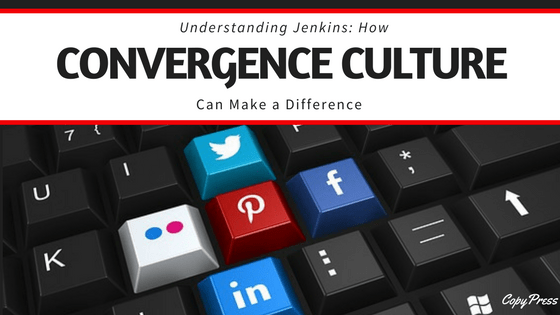 In 2006, Henry Jenkins published his groundbreaking work “Convergence Culture: Where Old and New Media Collide.” This book challenged the way that consumers and corporate media viewed their relationship with each other. With the internet revolution, information and media became rapidly democratized – no longer could media giants claim to be the sole tastemakers. Instead, internet users took on a role as content producers all their own and began participating in media distribution in a way previously unseen. As the internet has grown, so has media platforms and how users interact with and share the information found on those platforms.

So what does this have to do with advertising? Turns out, a lot. Most successful advertising campaigns take place on the internet, regardless of their initial broadcast platform. Think about the Super Bowl. Many people watch this nationally anticipated event just for the commercials, and advertisers have realized this, spending hundreds of thousands of dollars creating these special commercials.
When a commercial manages to win the admiration of the audience, it’s quickly kicked onto the online sphere. GIFs will be produced. Videos will be shared on Twitter pages and Facebook timelines alike. Links will be posted to boards like Reddit. Parodies will be created. What was previously just a television ad became a consumed, transformed piece of transmedia art, shaped and redistributed by the audience. Thus, audiences are no longer just audiences – they are participators in a larger stream of media culture that advertisers no longer have complete control over. 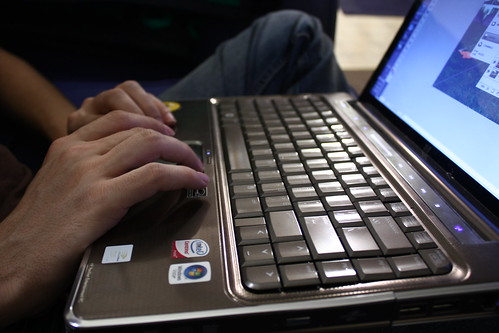 Understanding this new shared control is important for advertisers and those looking to grow or expand their business. According to Jenkins in a short video lecture produced by Edutopia, “participatory culture describes a world where everyone participates, where we take media in our own hands, where we have a capacity, often, to produce media, share media.” Participation and production are key words here: no longer is media static, placed on platforms where they will largely stay untouched. Successful advertisement understands this and is created with the new convergence culture in mind.

In “Convergence Culture,” Jenkins notes that convergence culture represents “a cultural shift as consumers are encouraged to seek out new information and make connections among dispersed media content” (p.3). In the 2013 updated version of “Convergence Culture,” entitled “Spreadable Media,” Jenkins elaborates on this idea, stating “uses of particular services should not be viewed in isolation but rather in connection, as people embrace a range of technologies based on if and when a particular platform best supports the cultural practices in which they want to engage” (p. 11).

This range of technologies creates an interesting problem for advertisers and businesses. No longer is it enough to simply create a print or video campaign to create interest. Instead, understanding the sprawling, convergent, transmedia nature of current internet usage, and how it incorporates media from traditionally separate platforms like television and print can help businesses create a successful advertisement strategy.

Social media is now the best way to garner attention to individual businesses. Campaigns should be spread across multiple platforms and should demonstrate an interconnectedness. For example, the use of hashtags can be promoted across Instagram, Twitter, and Facebook to create a cohesive, easy-to-follow campaign. This also lets consumers interact with your brand, which is becoming more and more important, especially as consumers continue to assert themselves as content producers and tastemakers.

The more involved you can make your ideal consumer, the more likely they are to utilize your business or service. As millennials become the primary buying power in the market, understanding their communication and participation habits online is crucial for creating a successful social media strategy.

As the internet grows and more businesses begin creating convergent advertisement campaigns, availability and translucency in your online presence will help keep your business social media accounts relevant and at the forefront. It’s not enough to just post updates. The internet and its users are rapidly shaping an environment that demands exchange. If you don’t already, it’s imperative that you have someone on your team that is dedicated to social media usage.

Check out other businesses that have successful social media platforms. They will, without fail, have a multimodal campaign strategy that involves a variety of different platforms and is actively inviting audience participation, while maintaining active communication with their market. Because consumers are now driving most of the information flow online, which in turn dictates who succeeds and who fails in online advertisement and business interest-generation, businesses can no longer rely on traditional advertisement schemes.

As Jenkins points out in a piece published by New Learning, “Rather than talking about media producers and consumers as occupying separate roles, we might now see them as participants who interact with each other.” This interaction element is crucial. Many successful social media platforms are made that way through their interaction, particularly thanks to outreach moves. While social media can easily be seen as dissolving face-to-face interaction, in reality, business has never been more personal.

Internet consumers want a human exchange through these various platforms, and understanding which platforms allow for which kinds of conversations is crucial. It is much more difficult to respond to consumers through a platform like Instagram than it is through Twitter. However, filling your Twitter feed with images leads to clutter and a difficult scroll-through, so Instagram solves those issues. Facebook is becoming more and more information-based, with consumers searching for details on services, hours, contact options, and the like.

Understanding the lack of control over internet image, as evidenced by the new move towards consumer interaction with and repurposing of media can be mediated and improved through these interactions. Consumers are more involved than ever with online social media platforms, therefore your business must follow suit in order to continue to compete in this new convergence culture.

Creating advertisement campaigns that take advantage of the convergent online experience, and by utilizing your social media platforms as best as possible, with consideration to the information you wish to share, it’s possible to tap into this new information stream and expand your online presence, therefore expanding your business options and creating new opportunities.