What Jeff Weiner Has that Tim Armstrong Doesn’t 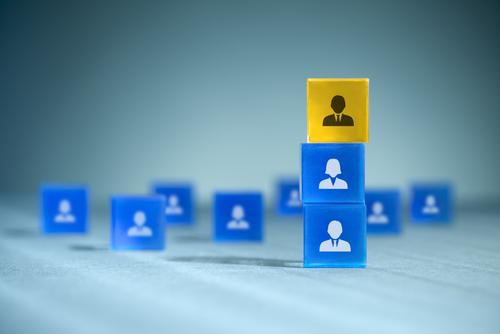 Dear LinkedIn hiring department, I am willing to relocate.

Glassdoor released its annual employee survey and compiled a list of the best CEOs to work for. Jeff Weiner, currently at the helm of LinkedIn, was voted the best CEO of 2014 with a 100% approval rating. This is his first time on the list, which ranks companies only if they have more than 5,000 employees and receive more than 100 CEO ratings in the past 12 months.

Glassdoor admits that the survey process isn’t completely scientific, as employees have to voluntarily log in to rate their CEOs, but stands by its results. The survey still highlights what people look for in their fearless leaders.

Not surprisingly, AOL CEO Tim Armstrong did not make the list, and is probably heading toward the top of another list entirely. He rose to infamy in 2013 when he fired Creative Director Abel Lenz for taking a press photo during a conference call. It turned out that the conference call was an all-hands meeting with 1,000 AOL employees. Well, 999 employees after Lenz was fired. Armstrong has also been harshly criticized this past year for how he handled Patch, a dying chain of local news websites owned by AOL, as well as comments about rising healthcare costs.

So what does Weiner do the Armstrong doesn’t? What traits do you want to see in your CEO and note as red flags in others?

He Knows that Company Development is a Marathon, Not a Sprint

When we read stories about start-ups, we’re often left breathless by how fast a company went from a handful of people working in one guy’s basement to a million-dollar idea that goes public or gets acquired by Yahoo. In fact, most of the social and tech companies that made Glassdoor’s list are younger than 15 years old. Weiner touched on this when speaking at the University of Pennsylvania’s Wharton School:

Hyper-growth companies often get so caught up with innovation and the adrenaline rush that they chase the next bright shiny thing at the expense of getting their launch trajectory right.

Arguably, this is true for both start-ups and established companies with new upper-management. When settling into a new position, some managers feel pressure to prove their worth and implement several new tactics instead of taking the time to fully understand a company. Tim Armstrong bought Patch three months after taking the reins of AOL. Both companies might be in different places now had he held off a little longer.

He Emphasizes Culture Instead of Perks

This is one trait that our own CEO, Dave Snyder, regularly emphasizes. All the perks in the world are useless if there is a toxic culture in the workplace. While LinkedIn does have a long list of perks (free yoga classes, iPads for all employees, etc.) its success lies in the corporate culture.

One way that Weiner maintains the type of corporate culture that makes his staff write rave reviews to Glassdoor is by encouraging employees to be leaders, not managers.

Leadership is the ability to inspire others to achieve shared objectives. Managers tell people what to do. Leaders inspire them to do it.

Hint to AOL: Telling your team that a large subset of the company is starting to look like “loser-ville” doesn’t really motivate people to lead.

More and more companies are trying new management tactics to encourage employees to feel comfortable and instill a comfortable company culture. Zappos, which most of us at CopyPress have had a company crush on for quite some time, announced earlier this year that it was switching to a Holacractic corporate structure. Instead of a strong corporate ladder, the 1,500 member staff is broken up into multiple circles. Different people lead each week, which increases knowledge, transparency, and accountability.

He Treats Employees Like Adults With Transparency and Accountability

Weiner holds bi-weekly all-hands meetings where he introduces new hires, makes presentations, and answers questions about company decisions like buying Pulse. He wants employees to feel confident in the trajectory of the company and comfortable with its decisions.

At last year’s Fortune Brainstorm Tech dinner, Weiner explained the cycle that happens when companies and managers hide information from employees. Humans are naturally curious and will seek out information when it’s hidden from them. When they find it, they’ll want to share it out of spite, which makes the company want to share less because it can’t trust employees.

I’ve come to learn there is a virtuous cycle to transparency and a very vicious cycle of obfuscation.

His solution was simple. Treat employees like adults and trust them with information and they will reward the company by waiting for the news to become public.

As LinkedIn continues to grow, it’s up to Weiner to maintain the current culture that he has now. Some parts of that will be easier, and some hard decisions will have to be made down the road. Today, however, he should just enjoy the title, and lord it over Zuckerberg, Bezos, Mayer, and all the other CEOs lower on the list.