What You Can Learn from the Latest Google Updates

I have been in the SEO game for a while. Long enough that Google Updates don’t really make me sweat the way I used to in the early days. Sure I sweat them. Customers make very rash and critical decisions based on where they stand immediately after an update, and that can upend our business. The reality, though, is that unless you get a total gut punch from a Google Update, things will tend to balance. If you do get a gut punch, there are probably things that you should have been doing differently for a while.

This isn’t to say that there aren’t webmasters and business owners that have felt Google’s heavy boot on their neck due to an update that upended their business through no fault of their own. There are lots of those stories. However, a majority of websites are just caught in the crests and troughs of the waves created by Google’s changes. Over time, these crests and troughs often reduce as Google tweaks the changes they have made to produce better results.

There have been some conversations about updates in January 2021, but for the ease of pinpointing a major change in SERPs we are going to talk about the December 2020 Google Core Update.

On December 3rd, 2020, Google SearchLiason Tweeted out the following: 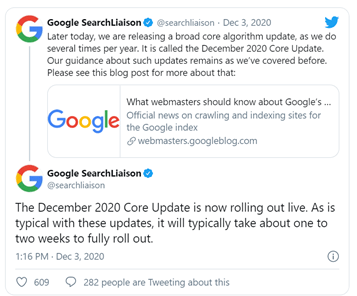 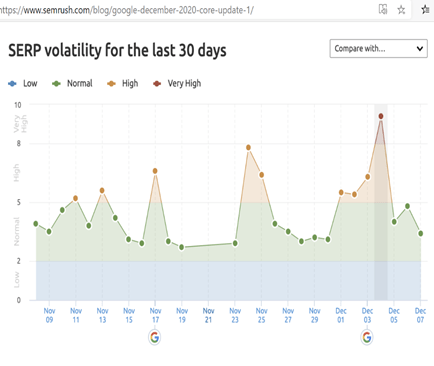 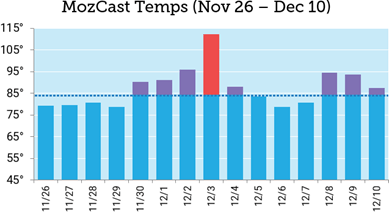 It was a big update, comparable with the May 2020 update. 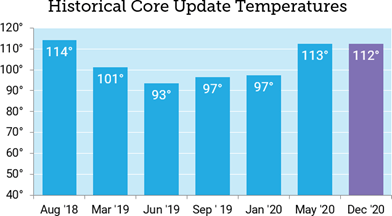 So we obviously know something happened, but who was affected. According to SEMRush, “50% of the biggest winners and losers from the update were websites with over 1 million monthly visitors.” While the update was large and affected many industries, SearchMetrics noted in their analysis that, “We have seen visible changes in health, finance, music/lyrics, news, educational content, games, UGC, jobs and ecommerce.” Further, they noted that both transactional and informational queries were affected.

So everyone likely saw some shifts in traffic. Big websites really saw big crests and troughs as the algorithm changed, and specifically sites with over 1m visitors in the industries mentioned above saw the biggest changes.

This is the big question, and honestly no one can answer this with a single explanation. When most SEOs see traffic drops, the immediate response is, “Damnit; what have I done wrong?” The answer could be nothing or a lot. The first thing to do is actually look at the winners.

If Google’s update heavily favors a domain in your space, it isn’t about your traffic dropping because of something you did, but traffic drops from displacement caused by Google pushing other results up the SERP.

So when you are judging what happened to your site post update, good or bad, there are a couple of things you need to do:

The key thing to remember after an update is to just stay calm. Tell your clients, bosses, and anyone else listening to calm down. A Google Update isn’t a penalty, and whatever is causing your increases or losses is likely to change over time. Since any losses aren’t penalty driven, you simply need to figure out the flavor of search Google is moving towards in your space and add the right ingredients to your site to match what Google wants to show in their results.

The reality we must accept is that in the current SERP, with its constantly shrinking real estate for natural SERP listings, a change from the top 3 to anywhere else on page 1 is very similar to a change from page 1 to 2 only 6 years ago. The SERPs have become a war of attrition, and if you are in a space where there are more than 3 major competitors, there will likely always be a loser for each Google update.

I reached out to Twitter to get advice from other SEOs on what you should do after a Google Update. 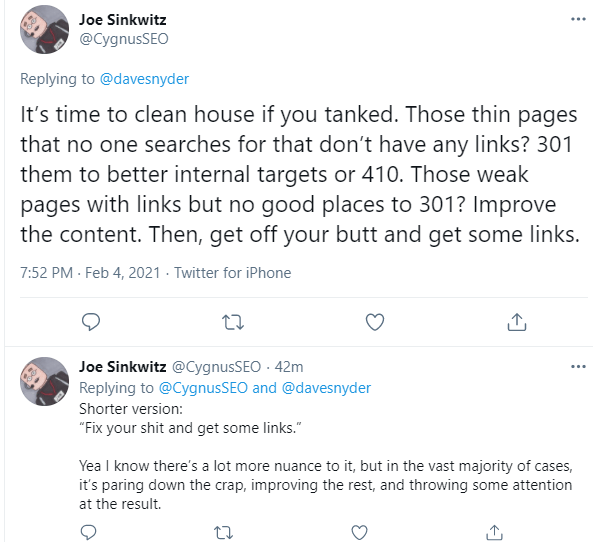 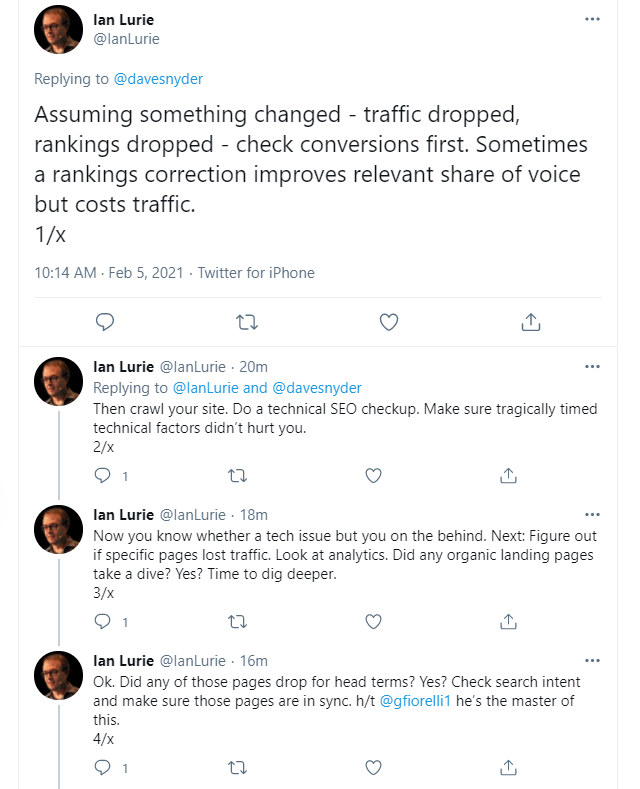 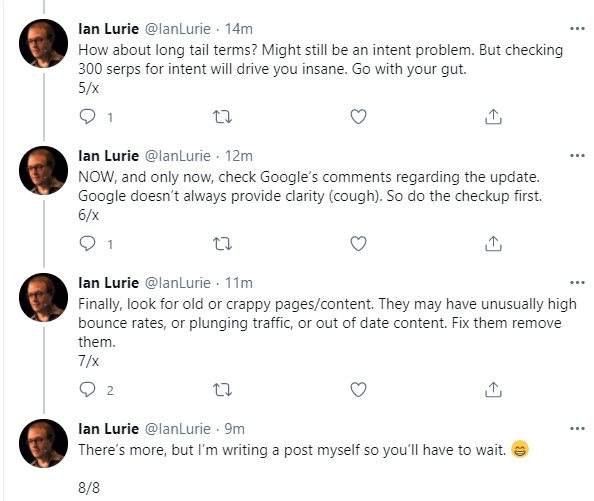 What Is Google Looking For?

If you look at the feedback from SEOs and all the analysis after this update, it is pretty clear what Google is looking for. Google wants the best pages to match the specific intent of each query. This may seem simple, but if you look at your own website, are you really delivering the BEST page for every single possible query so that users can find you?

I think the honest answer for most of us is “no.”

“Well I have the most products in my ecommerce space.”

Cool, but do you have rich content on your brand, category, and product pages that help visitors make purchasing decisions?

Cool, but is the content quality? Is it fresh, original in thought, and does it completely answer every topic it is written for in its entirety? Have you been building relationships and sharing content to get links into those internal pages from extremely relevant sources?

If you look at the succession of updates over the last year, Google’s path is pretty clear.

The content guy is going to tell you to focus on content. This isn’t for my own selfish reasons, this is because Google keeps showing us that content is the only thing they need, and the only thing they don’t create themselves. They don’t need your ecommerce product listings alone, they have Google Shopping. They don’t need your thin local website, they have you in Google Maps.

You have to give Google what it doesn’t have, and can’t create. That is great content. Great content plus great authoritative links is still the core of Google’s algorithm, and while links may lose their value over time, great content is likely to be a constant for increased value on Google.

Beyond that, what do we know Google wants and likely will be singled out in future updates?

I think the main takeaway from this newsletter should be that you are going to see traffic changes during an update. Some updates you’ll look like a rockstar, and some you will feel like a loser. The long-term net results are all that really matter, and based on what we know from Google, the path to positive net long-term results is a pretty basic recipe. Crests and troughs are going to happen after an update. You will get caught in them. That shouldn’t take your eye off the long-term work it takes to excel in SEO. And if you are one of the unfortunate ones left drowning from the waves of the update as they come crashing down, it doesn’t spell your doom. You simply need to iterate. Look at the data and make decisions. Follow the path Google shows us update after update, and begin to forecast the next move that is likely to come.

Want to learn more about the December 2020 Update? Check out Barry Schwartz’s awesome round up in the January 2021 Google Webmaster Report. 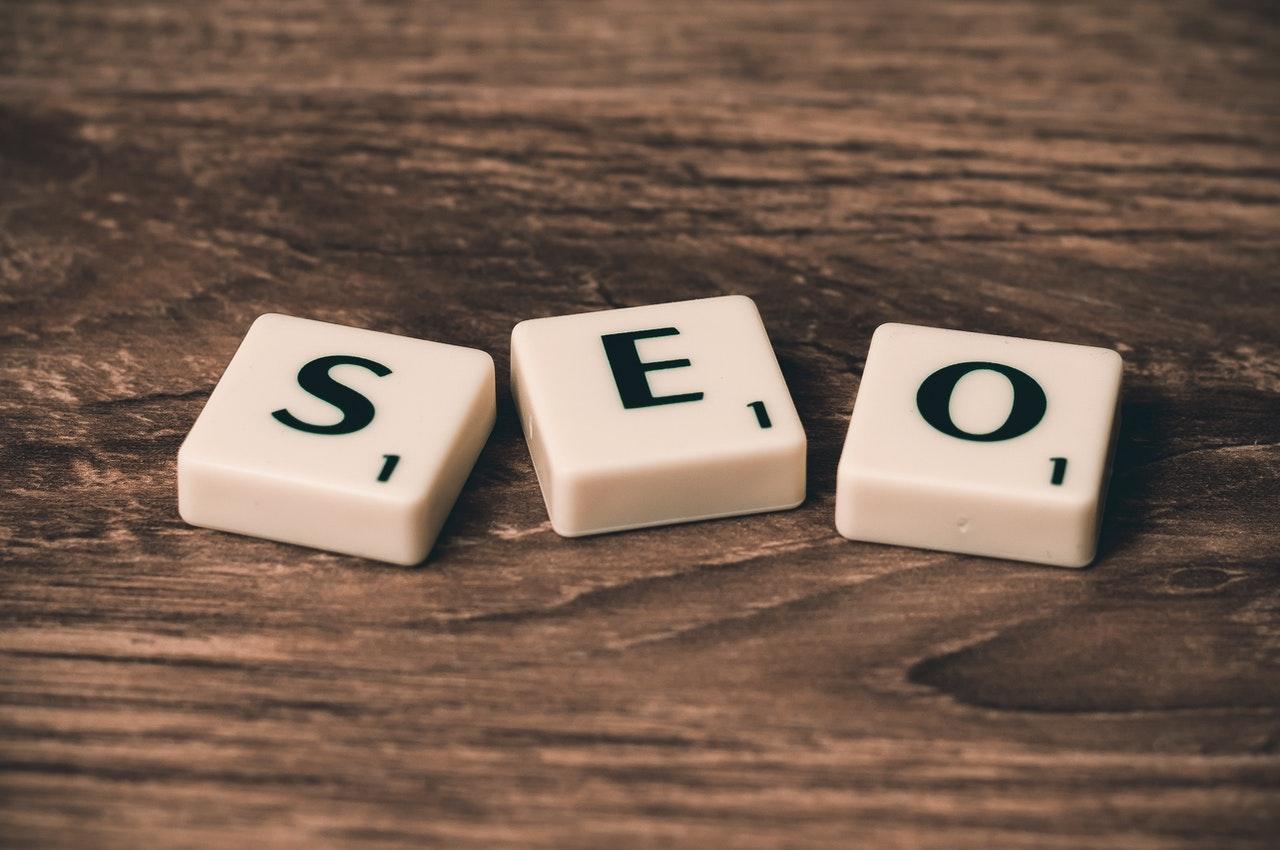 SEO SEO vs PPC: When To Use Each Marketing Strategy

PPC and SEO are two acronyms you see a lot in the digital marketing field. Not only do the two provide varying strategies... 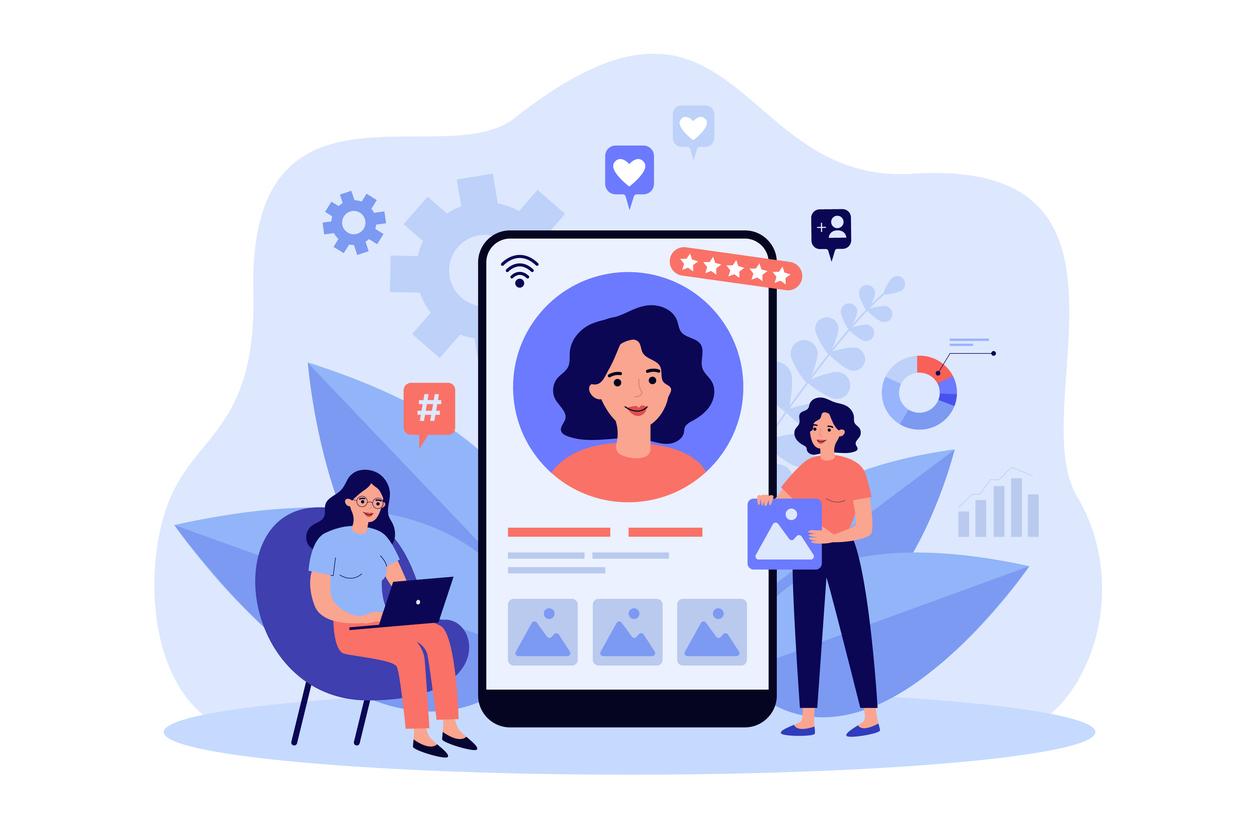 SEO How To Rebrand Your Business Without Affecting SEO

Rebranding is an excellent way to create a new and attractive business persona for your target consumers. Unfortunately, rebranding often means creating a brand... 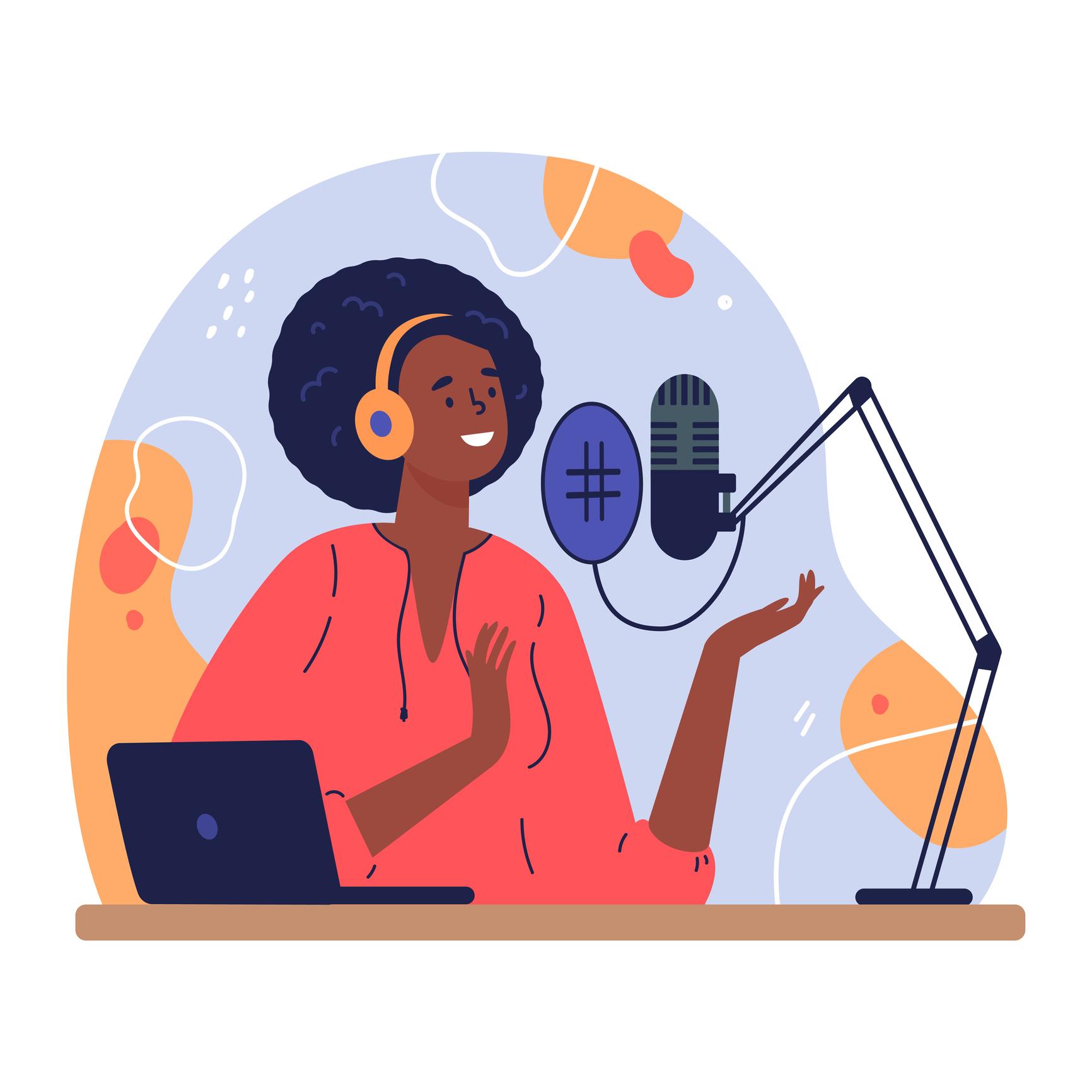 SEO Google’s New Rules for Podcasts and Why They Matter

Google recently announced that podcasts on its site must meet certain requirements before they’re recommended to listeners. With the growing number of podcasts and podcast...