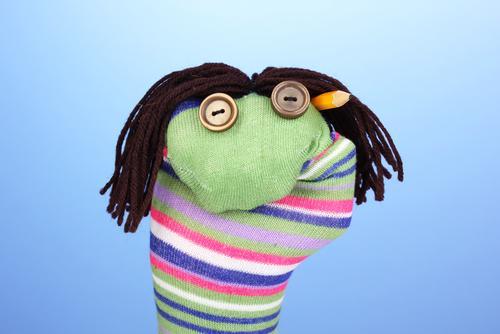 While the state of New York is cracking down on agencies that post fake Yelp reviews, the Wikimedia Foundation – parent of Wikipedia – is trying to stop companies that edit pages to make them look favorable toward their clients.

Wikimedia sent out a cease and desist order to Wiki-PR for sockpuppetry and meatpuppety as well as misrepresentation of their affiliation with Wikimedia.

[They] made it appear as if certain articles are written by unbiased sources, when in fact those articles are authored by Wiki-PR for money.

The letter explains that Wikipedia is only a reliable source as long as its editors are unbiased and its user-base believes that the content is organic. When users start thinking the site has paid edits they’ll stop using it.

According to Wikipedia, (I know you’re not supposed to cite Wikipedia as a source, but given the circumstances I think it’s appropriate.) a sockpuppet is an account that appears to be organic but was created by an organization to argue its positive traits. Sockpuppets can be found on forums and social media pages defending a seemingly un-defendable company or stance.

Chick-fil-A was accused of sockpuppetry in July 2012 when Jim Henson ended its contract with Chick-fil-A over its stance on same-sex marriage. People took to Facebook to criticize Chick-fil-A, but ended up getting into arguments with “Abby Farle” a girl who had created a Facebook profile a mere hours earlier and who only had positive things to say about the fast food chain. One Facebooker found Abby’s profile picture in a stock photo database and used it as final proof that Chick-fil-A’s PR team was behind the account.

Conversely, a meatpuppet is a person who actively posts content supporting a cause or organization on social media and forums. A meat puppet is usually the persona behind astroturfing. Their job is to go around and actively promote a company.

Meatpuppets are the ones who visit green LinkedIn forums and environmental Google+ communities and post articles about how friendly BP is to the planet. Last month, the Google Play store was flooded by comments from meatpuppets supporting the Blackberry app. Blackberry denied any involvement.

The cease and desist letter also explains that consumers tend to turn on companies once they discover that they’ve been paying agencies to clean up bad pages and reviews.

Companies involved in self-promotion activities on Wikipedia have come under heavy criticism from the press and the general public, with their actions widely viewed as inconsistent with Wikipedia’s educational mission.

An article by the Wall Street Journal revealed that there could be more than 250 sockpuppet editor accounts. The WSJ reached out to Wiki-PR and received an email back from the CEO saying that their company is just a research and writing firm. Here is a clip of his response:

We research the subject and write in an accurate and properly referenced way about it, filling a hole at Wikipedia for many subjects–concepts, companies, people– even astronomy– in which other editors lack an interest… What we do is get Wikipedia to enforce the rules so our clients are presented accurately.

What their CEO calls a “writing service,” PC Pro calls “black hat paid editing.”  Yes, Wiki-PR might edit boring pages about astrology that no one else wants to research, but they could be doing that to make their sockpuppets look more credible when they go in and edit their clients’ pages.

Forgive me for using BP as an example again, but just because they donate to environmental conservation groups doesn’t erase the fact that they spilled 4.9 million barrels of oil into the Gulf of Mexico in 2010.

Hopefully 2014 will be a year for major crackdowns on black hat Internet practices. These practices go deeper than link building; they go into Yelp reviews, fake blogs, social media comments, and now Wikipedia pages. Users are already suspicious of almost everything on the Internet; we can’t afford to let it get any seedier.