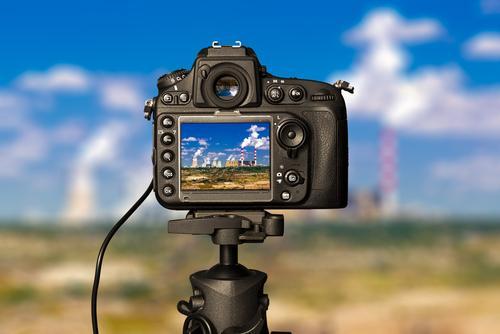 In order to survive in the ever-changing and competitive world, people and brands alike must evolve and grow from what they once were, or face the probability of being left in the dust and forgotten. This is a challenge that holds especially true for Twitter, which as of late has been searching for the right formula that will take it to the next level by allowing for more rich media to be displayed seamlessly.

The biggest knock on Twitter is its lack of visual appeal: the layout and design are just too simplistic. Simplicity is what originally made Twitter such a usable platform, but with its growth and popularity there has been a calling for a more visual layout and design.  This may also be closely related to the fact that Twitter has gone public and is searching for ways to increase revenue. Money always sparks change.

Twitter tried to update its look by rolling out the “media-forward timeline,” in October. The design made promoted tweets with photos and videos appear and play automatically in the timeline without forcing users to click the link to make the photo appear or video to play.

This change makes Twitter more valuable to the users who are being presented with rich media effortlessly in the timeline and also for advertisers who hold bigger real-estate on the screen. For advertisers, this could ultimately lead to more clicks and engagement. Who wouldn’t want that? It makes it easier for users to actually view the content they are intended to see.

The most recent change Twitter has announced is a new photo collage option that would allow users to Tweet up to four photos within one tweet, while also tagging up to 10 other users. The photos appear in a collage style below the copy of the tweet and allow for more content – and more importantly visual content – which is Twitter’s objective.

If you’re thinking it, I’ll say it: this is very Facebook-like. Pictures, tagging, auto playing videos are all updates that Facebook made a long time ago but Twitter is now adopting to stay relevant. There are several brands that have begun experimenting with this new feature that Twitter has adopted.

Here is a look at a few brands experimenting with Twitters new features.

#ThirstyThursday calls for something delicious! Which IZZE® recipe will you make today? pic.twitter.com/q8rEjSRXK3

The Twister Dish is trailing our #meowmixcatstarter standings and needs your help! Vote today: http://t.co/xYLzjZA5NG pic.twitter.com/UadBTdaMB5

True brilliance is remembered by its effect on people, not things. pic.twitter.com/wQjjNEF2nH

Allowing users and brands to display four pictures within a tweet opens up the door to more story telling opportunities that were missing prior to this feature. I’m looking forward to seeing the creative ways brands implement this and if this will increase engagement.

Is Twitter being innovative or playing catch up? Look at the recent moves Twitter has made, it seems like they are following the footsteps of other social networks while trying to put their own twist on it.

These changes to Twitter resemble what most other social networks (Facebook, Instagram, Tumblr) focus heavily on: visually rich content. Social sites have filled their walls with pictures and video and are great examples of what Twitter is striving to achieve.  So, will they catch up or once again take the lead as reigning innovators? Only time will tell, but they are sure are trying.

Only Time Will Tell

Twitter won’t be left behind. The changes and updates it continues to make prove that it’s evolving. Twitter realized a weakness and acted to make it a strength. Users are getting what they want: more visual content. Marketers are getting what they want: the opportunity to tell a visually rich story that can resonate with an audience better than a 140-character text tweet could.

I expect to see continuous changes to improve the design and functionality. The Twitter of the future will look much different from what it does now.