Your Rebranding is Confusing Your Audience 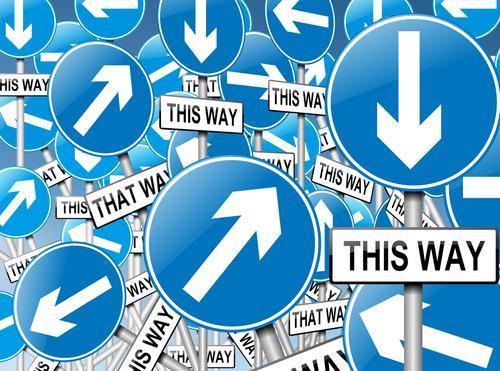 Rebranding is a good way to reach a new audience, target a new market, or just give your overall brand new life. It’s a clever and successful tactic in the marketing world; however, there is plenty of room for error and pretty much ultimate failure. Let’s take a look at some specific examples of rebranding and how they have completely backfired.

Gatorade is the Nike of drinks, it’s almost impossible to picture a sporting event without it. They’ve had some great commercials and awesome marketing schemes that have definitely made them your go-to sports drink and electrolytes rehabilitee, and the best part is that you don’t have to like sports to drink it.

However, despite their success, their re-branding campaign just confused audiences and potential customers. When younger, hipper competitors started hitting the shelves, Gatorade needed to stay ahead of the curve. They had to compete with Vitamin Water and other “pro” sports drinks that were starting to steal the spotlight.

More than likely, people thought Gatorade was something completely different, with all the other sports drinks, brands, and what not appearing on the shelves and saturating the market.

On top of the confusion, Gatorade’s new marketing strategy claimed that athletes needed to buy three different drinks instead of one: make three purchases for before, during, and after a workout.

Gatorade’s new rebranding scheme was so confusing that they released a commercial just to explain how it had evolved. They even said that they were trying to explain the changes to consumers. Here is what one Gatorade spokesperson said:

As with any new product launch, a key focus of our marketing efforts has been to educate athletes. The new TV spot is one example, but we also have comprehensive digital, grassroots and PR activities under way as well.

This just sounds like a lot of talk to explain how they took a simple concept (energy drinks) and tried to make it complicated. Gatorade didn’t need education PR activities, they needed to keep it simple.

[Tweet “It’s never a good sign when a brand needs to reinvent itself three times in as many years.”]

JC Penney crashed and burned with what Forbes called a rebranding epic fail. Considering “epic” is an incredibly overused word, let me put it in perspective.

Their sales fell 20% in 2012. This led JC Penney to announce their third rebranding campaign in as many years. It’s never a good sign when a brand needs to reinvent itself that many times over in such a short period of time.

JC Penney launched “Fair and Square Pricing,” where promotions and sales would be a thing of the past, for the most part, and in their stead would be everyday prices, “best prices” which would be available to consumers on the first and third Friday of each month. Plus they would mix in some month-long values, too. Are you marking your calendar with those dates?

What the people wanted all along was just everyday low prices.

For 20 years the iconic blue square was the symbol of Gap, but one day in October of 2010 it disappeared. Gap’s logo developers took the image, removed the personality, and rendered it into some boring every day font.

Have you seen the new Gap logo since its rebranding? I didn’t think so.

They tried to pay the old logo some respect by leaving a tiny blue square in the corner, but the public made it immediately clear that it did not like the new logo. In fact, there was such backlash and talk about the new logo that Gap reverted to the original one after less than a week.

This is probably one of the fastest rebranding turnarounds of all time. It was just one of those times when change was neither good nor welcomed.

Bob Dylan once wrote “the times they are a changin’.” That doesn’t mean you should go around and change your logo and expect your audience to completely accept and love it. Overall, these are just three examples of rebranding fails. These companies were able to pick themselves back up and are competitive again, but if we don’t learn from their mistakes we could be following in their footsteps.