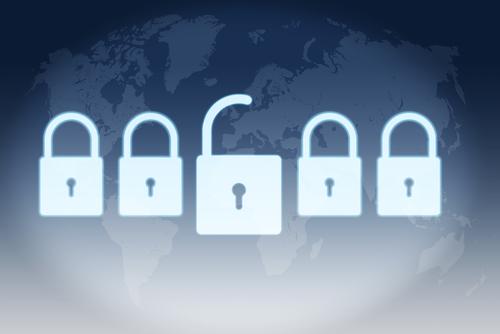 At some point over the past 48 hours, someone at Google flipped a switch that caused an enormous rift in the gaming community. They implemented a new Content ID system, and as a result, many people are seeing their videos removed from YouTube. While it may not seem like a big deal, the underlying implications are terrifying.

If you’re not familiar with the situation, here’s a crash course: When games come out, people are hesitant to spend money on them. This is where YouTube comes in. People will make “Let’s Play!” videos, where they literally film the game with a screen capturing video.

To protect their content under Fair Use law, they’ll add a commentary track. This has always fallen under a sort of moral grey area between the players and the publishers as they’re technically making money off of content that isn’t theirs. The publishers don’t want to do anything though because these channels are driving in thousands, if not millions of viewers, and they’re seeing sales because of it.

Earlier this week, Google and YouTube went live with their new Content ID system, and, as a result, many videos are being pulled off of YouTube. Even the larger channels have been impacted, like Machinima, a channel with more than 10 million subscribers. There’s two twists to this story, though.

1. Some Videos are Wrongly Flagged

Some users are experiencing false claims. These false claims are causing videos to be removed without explanation, forcing users to dispute the claims. Developers are investigating every false claim being made.

The other twist is that some of these publishers are siding with the content creators. For instance, Capcom, creator of the popular Street Fighter gaming series, is investigating content claims.  Deep Silver, the company that picked up the Saints Row and Metro game IP’s when THQ went bankrupt, is personally helping anyone that had their videos removed. Blizzard, creator of the extremely popular Diablo series, is also helping YouTube users get their content back. Rebellion, creators of the Sniper Elite series, is fully committed to getting videos featuring their games back on the site.

Pls RT! We support gamers who want to make videos from our games and happy for them to monetize #WhoLetsPlay http://t.co/xBsp3GKAnx

What this Means for Non-Gamers

No big deal, right? A couple of video game channels had their content pulled. The world will live to see another day. You’re wrong. This changes everything.

If you want a first hand account of the impact this change has caused, check out Angry Joe’s profanity-laced, passionate explanation of the change that this is currently happening. Angry Joe personally had some of his content removed, including an interview with Crystal Dynamics, creators of the Tomb Raider franchise. The content was automatically claimed by Tomb Raider.

The content that you create is yours. The Fair Use law allows you to use copy-written material for purposed of commentary, criticism, news reporting, research, or teaching. YouTube should recognize that and put a stop to this automatic Content ID reporting, right? Nope.

“We recently enabled Content ID scanning on channels identified as affiliates of [multichannel networks]. This has resulted in new copyright claims for some users, based on policies set by the relevant content owners. As ever, channel owners can easily dispute Content ID claims if they believe those claims are invalid.”

What’s next, and where does it stop? If interviews with developers are being claimed, who’s to say that our own videos won’t be claimed? We did a series of interviews at Pubcon this year in Las Vegas – what’s to stop the new automatic Content ID system from flagging those interviews due to the names involved or the event that they took place at?

The bigger deal here is that Google is destroying YouTube and driving users away. Original content creators have now had their way of life irreparably damaged. For some, this was their main source of income. Even with the full permission of the developers, their content is still getting pulled. Not only is this bad for the user, it’s bad for the publisher. Even though developers are reaching out to individuals on a case-by-case basis and offering to lend a helping hand, it doesn’t appear that Google and YouTube are interested in helping. If neither Google or YouTube have your back, who does?

What would it take for you to switch the Vimeo? Can YouTube do this because they’re too big to fail?