SEO content strategies have evolved since the beginning days of search optimization, and many have been inspired by Google’s early updates. For the first 10 years or so of its development, Google was releasing a few major overalls every single year. It’s no secret the company has gone through some huge shifts in the way it ranks pages and websites. But what made these earliest updates so impactful to SEO and content optimization strategies? Today, we’re covering some of the earliest Google updates and what they meant for SEO during that time with overviews on:

The Early Years of the Google Search Engine

Google actually started development two years before its official launch in 1998. During the two-year stretch leading up to its launch, Google went from an idea into a working reality. Over this period, Google developed its basic software as well as the search engine that we all know today. At this point, Google was incredibly simplistic, bearing almost no similarities with the current search engine. These early developments were fundamental to the successful launch of Google, with these early frameworks providing the foundation for everything else that was to come—including the continuous adaptation of SEO content strategies.

Until 2000, Google was only available in English. Larry Page and Sergey Brin were the main developers, then Ph.D. students at Stanford, both of which were focused on breaking into the American market. This all changed in 2000 when Google took their search engine international. Google introduced search capabilities in 13 new languages throughout the course of 2000, inviting millions of people around the globe to start creating content and reading in their native tongue.

In May of 2000, Google added Danish, Norwegian, Dutch, Portuguese, Finnish, Spanish, Swedish, Italian, German, and French. This was then followed up a few months later in September when Google added compatibility for Chinese, Japanese, and Korean. Although this Google update is often overlooked in the history of the search engine, it was actually one of the turning points for the system.

If you’re a monolingual English speaker, you may never come across Google content written in another language. Yet, there are millions of pages in other languages, all with the same SEO content strategies and problems that marketers working in English face. This update brought in a whole new direction within Google, allowing the company to rapidly globalize.

Humble Beginnings with the Google Toolbar in 2000

One of the first Google updates that made an impact on the general user experience was in December of 2000. The release of the Google Toolbar allowed people to search for information without going onto Google’s homepage. This created a huge influx of traffic to Google searches, with many believing this to be the first moment of significance for SEO and content optimization strategies

Back in 2000, Google didn’t adjust content ranking on a continual basis. Instead, every month there would be a six-day to eight-day period known as the Google Dance. During this period, the rankings of each page would massively fluctuate, with a whole month’s worth of SEO efforts coming into play at once.

Google Toolbar was the beginning of Google searching as we know it today. While Google Dance is now no longer a thing, with SERP rankings changing continually, this was a starting point for SEO strategy. 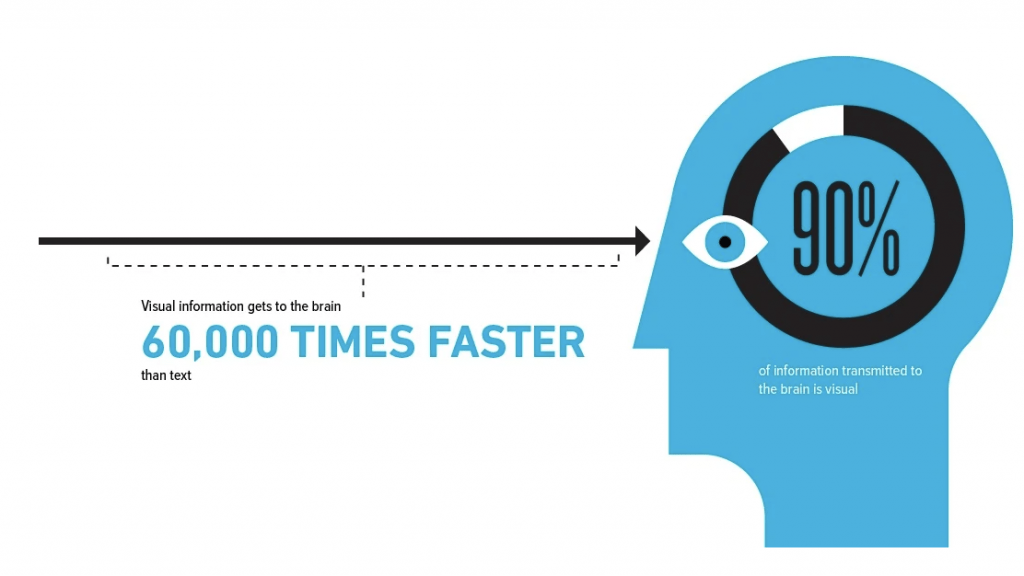 When thinking about modern-day Google, you can’t help but think of images. If they’re not searching for written content, people are normally looking for images. Whole industries have formed around this, with the ease of understanding visuals over text starting a revolution. Think about how often we come across an infographic in our daily lives. Adding images and providing searchability for them was a massive Google update in 2001 that was one of the most impactful—especially for SEO content strategies to optimize images.

When people talk about the first update, many claim it’s the Boston update that was most impactful to SEO content strategies. While this was the first update with a name, it wasn’t actually the very first update that Google discussed publicly. After December 1, 2003, pages that were ranking well on Google suddenly plummeted while others soared. This change is notoriously thought of as the death of Google PageRank. PageRank was the first algorithm that Google used to recommend different pages. At this stage in the Google update history, the rankings came from a mathematical equation that took probability distribution into account.

In February of 2003, Google released their Boston update, which was the first of a monthly system of updates they wanted to create. This monthly update idea didn’t last long, with updates becoming increasingly more frequent as time went on. The Boston Google update focused on changing the current search engine ranking system. Moving away from PageRank, Google started to take in more information when making their rankings. There were some slight index changes to the Google Dance, which was still plodding along at this point.

Over the next few months, Google continued its monthly update schedule. The first of these was Cassandra, which focused on getting quality backlinks. To stop spam on Google, the Cassandra update cracked down on websites that would spam links to each other. Back in the day, people would create websites just for the purpose of spamming links to their main site. The same went for hidden links, with anyone that was hiding links on a page or in the comments getting hit hard. But even twenty years later, Google still hasn’t fixed spam altogether.

The Dominic Google Update arrived in May, which created a big storm in the SEO community. The WebMasterWorld website, which dates back to May 2003, demonstrates what people were thinking about the update. The website not only contains content from 2003 but also matches that early aesthetic, so it is a fun one to read through.

Dominic mainly brought behind-the-scenes changes, with Google crawling bots altering their strategies. With changes to crawling, how Google managed backlinks also shifted. At this point, many sites noted problems with bouncing, which were fixed in later updates. Finally, we turn to Esmeralda, which took place in June 2003. This update began to work on dismantling the Google Dance algorithm. This was a month of major infrastructural changes, only fully completed in July of the same year.

In late 2003 Google released Fritz. Fritz was the death of the Google Dance, marking the moment they moved to incremental updates. Instead of overhauling the rankings lists each month, this was the moment that Google switched to continual updates. From the moment Google had its last dance, content updating was known as “everflux”. Although less common in modern SEO, this is still a term you’ll run across now and again, and one that’s inspired many of the SEO content strategies we use to distribute and promote quality content.

While SEO was a thing before November 1, 2003, Google’s Florida update changed everything. The low-bar and fairly spammy tactics that won many websites the top spots in the late 90s and first few years of the 2000s stopped working overnight. You can imagine the panic, with businesses losing their rankings overnight and companies losing all traffic in the space of a few hours. Posting in 2003, the Search Engine Watch noted the extreme change that Florida brought in. People were up in arms, with this change marking the beginning of a new SEO era.

This was one of the earliest updates that really shook up the internet. Google’s Austin update in January of 2004 expanded on this. Austin focused on refining search ranking factors even further, keeping the ball rolling on the changes that Florida made.

Read more: Google Algorithm vs. Core Updates: Do They Affect Your Ranking?

Expanding the Index with the Brandy Update

Brandy marked a huge change in how Google indexed and interacted with content. One of these changes was the beginning of Latent Semantic Indexing (LSI). This was a linguistic update that allowed Google to understand synonyms and how similar words interrelate. This was a huge moment for keyword research, with modern-day long-tail and synonym content creation stemming from this moment. Google also used Brandy to create the concept of link neighborhoods.

One predominant change the update saw was the increased importance of using anchor text when linking out to another resource. Google would now pay attention to both the link and anchor text creators were using to direct visitors to external sites.

Aside from the P major update in 2012 was Google Pirate. Pirate focused on copyright law, heavily penalizing websites that copied content from other sites or received copyright strikes. This is the source of the well-known marketing rule that copying and pasting someone else’s content is the fastest way to ruin a website’s search potential.

At this point in history, Google had laid the foundation of the majority of modern SEO as we know it today. However, this was only the beginning of many more major updates that would shape the platform going forward.

Google updates are continuous, so the best SEO practices will equally fluctuate. While these early updates can show us where most of our tactics spawned from, they don’t include the many more ongoing updates to both site-wide and page-wide ranking signals. Beyond 2012, we’ve seen plenty more updates to ranking and indexing algorithms. But how are you adjusting your SEO and content strategies to align with these changes?

At CopyPress, we help our clients stay up-to-date on all the latest changes in Google’s search updates and use data-backed approaches to maintaining high-quality, people-first content. If you’re looking for proven ways to plan, execute, and realize the ROI of your content strategy, get in touch with the team. We’ll help you find your content opportunities and target these valuable assets to engage and attract your audience. 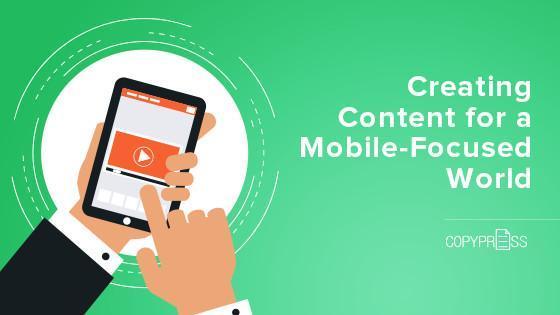 The discussion around mobile optimization tends to surround the technical aspects of the web experience. Experts discuss tips like reducing bulky code or... 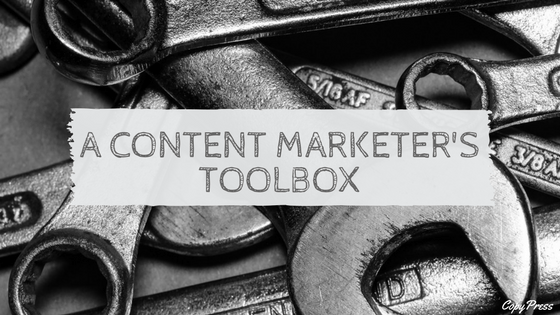 When the internet was still brand new, marketing professionals were on the cusp of a completely different way of targeting and advertising to... 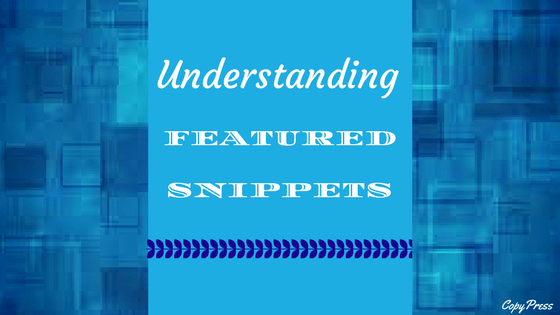 While good SEO typically follows a clear path of creating useful content and setting up responsible linking strategies, there are a few tricks...