Great Infographics: What Seperates the Best from the Rest

If you want to learn every step for making infographics, you can check out many types of guides and resources. But infographics are a true art with almost no end to how impressive they can be. If you’re after better conversions and engagement from this medium, find out what separates great infographics from the good, mediocre, and poor ones. Take a look at everything high-performing infographics do, and consider each one as part of a checklist during the creation process. 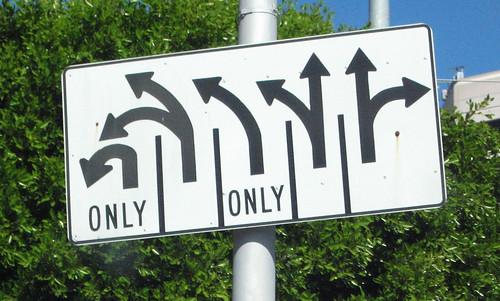 While infographics visualize concepts that would be less clear in print or video, their ultimate purpose is to achieve some type of target reaction, such as understanding a point, knowing how to do something, getting inspired, or being entertained. A great infographic’s design process is a chain of decisions based on a single goal. Too many ideas, goals, or items to look at will overwhelm readers.

Resist the urge to pack multiple graphic-worthy concepts into a single infographic. Otherwise the finished product, while technically more helpful, will appear busy and unwelcoming from a thumbnail view. Unattractive thumbnails, in turn, make the infographic less appealing when shared on platforms such as Instagram. When you consider some examples of great education infographics, you’ll see that you don’t have to make an enormous scrolling monolith. Brevity is best for the idea stage, too. If you can’t explain your idea in a single sentence, you may be taking the wrong path.

Everything we’ve stated so far isn’t meant to say that you can’t thoroughly explore a single idea. The death and taxes infographic series is a good example of when it’s OK to provide large amounts of information on one topic.

Great infographics have a professional aesthetic. People with a knack for visual arts are generally better suited to making professional-looking infographics. Even if you’re the farthest thing from a designer, make sure you understand the fundamentals of graphic design and what makes something look good on a screen. You can know the specifics behind a good-looking infographic without being able to make one yourself.

Doing research on design, and taking a look at some of the best infographics created, will help you figure out what you want to create. Just as a composer you’ve asked to create a song for your business would have knowledge of music theory, having knowledge of graphic design and its possibilities will cut much-unwanted revision steps out of the infographic creation process.

Keeping an infographic simple enough to be understood doesn’t necessarily mean that someone will find it easy to read. A special type of sequential visual language for infographics exists, one where you need to build a sense of hierarchy for the different elements. If everything is presented at more or less equal size, the presentation will be confusing, and readers won’t know where they should start and in what direction they should proceed.

Subheadings are an important way to establish hierarchy and act as a transition for regular-size print and large, bold headings, but the design itself is where you can get creative. For example, an infographic on predictions made in Ray Bradbury’s fiction cleanly outlines the two comparisons of when events were predicted in his stories and when they appeared in real life. The large, round circles with icons help anchor readers as they navigate the somewhat complicated lines and smaller text.

The best way to understand the many rules is to simply read, or at least scan, as many infographics as you can. Know what this medium can achieve and what it’s good at as you take inspiration from the ones that flow most naturally to you.

Great Infographics Have an Audience-First Idea

Too often, a business will have little attention online or a sizable audience with no interest in the business besides its products or services. Then the company releases infographics that are all about “them,” not offering anything of interest or appeal to their target audience and creating an infographic that no one will see or share. You must do research on your audience and what members of that audience are interested in before you come up with an appropriate concept. Basing your idea around viable keywords is generally a safe bet.

The worst mistake you can make with infographic ideation is making something that has already been done several times. If for no other reason than this one, please always research any potential ideas before you commit to writing and designing.

Another surprising but common pitfall to creating an infographic is the challenge of keeping a reader’s attention, which also comes down to knowing your audience and giving readers what they want.

Is your infographic for people who have particular knowledge or viewpoints? If so, you should cater only to them and avoid information the audience may find obvious or redundant. On the other hand, an infographic meant for a broader group, and made to introduce more basic ideas, should not get too complicated and should focus on making the surface-level information compelling.

One single word, if kept in mind, will help safeguard you from making a boring infographic, and that word is “surprise.” When you think about how to surprise the reader with every section, you should see better ways of conveying information, either with different writing techniques or a design motif. Our next point will help you better understand how infographics stay not only interesting, but also riveting.

In this context, copy is the text used in an infographic. Only when copy is placed in perfect harmony with the visuals will the audience love the infographic enough to engage with your business or share your infographic.

The key is to think of the actual meeting point of these two elements: visualization. Consider the special type of understanding you can give readers through a particular pairing of text and visuals. That pairing should go beyond something as simple as a chart or graph where the two elements are separated.

For an excellent example of visualization, consider an infographic on the world of digital music. Before the more complex data detailed in common chart and graph shapes, the reader is eased in with colorful and sensible charts that use circular graph values around a speaker.

Influencers are a great way of planning some initial exposure, so ask any relevant ones you are connected with if they’d be interested in sharing it. If the infographic is helpful, relevant, or otherwise a good match for their own audiences, you should get some who can agree to share it.

If you have a team of loyal customers and leads, share the infographic once you’ve published it, but consider also welcoming them into the design process. Show them your ideas and mockups, update them on how intriguing the data you researched has been (without spoiling too much), and find other ways to get people curious before the infographic appears.

Both of the strategies above will mesh well with social media. Ask people to share the infographic with friends who may be interested. Through the power of social sharing, a little effort gathered up for launch day will turn into rocket fuel, blasting your creation into potentially hit status and drawing many new customers your way.

Great Infographics Hook Readers With Only a Headline

Hooking a reader partly involves a good idea, but even a good concept can be described with a boring, ineffective headline and title. A look at any newspaper or tabloid will show how effective headlines are at attracting attention. Great headlines present not only what the infographic is about, but they also create a reason to look at it.

Sometimes you get lucky and don’t need to overthink the headline. For example, “The Most Hated Sounds in the World” is immediately interesting because of the novelty topic. Then you have “The Threat to American Democracy: Inequality of Wealth,” which could have easily been given a bland title such as “The Inequality of Wealth in America.” Instead, the former presents gripping, emotional words such as threat and democracy.

Why does this point matter? On sites such as Twitter, you’ll often have your infographic shared as a link, without any hint of what it looks like. It’s absolutely crucial that someone will be intrigued enough to click the link and take a look, based on the headline alone, in case they don’t see the thumbnail at first.

Apart from the obvious notes on quality copy, such as spelling and grammar, a great infographic sticks to a single tone. You’ll find more to tones than common, generic umbrella words such as serious or humorous as well. Do a search and you’ll find all types of writing tones you could take, from cautionary to whimsical. Audience research will help you cut down your options to one that stands out as the best. From this point, you can apply this tone to the writing and rewriting processes.

Another part of maintaining a tone comes down to word choice. Several free or inexpensive apps online are available to judge a piece of writing in various ways, including perceived tone and the average grade level needed to understand the text. Compare your working tone to your audience’s preferences, and you may see room for improvement.

Have your tone figured out before you finish the script and enter the design phase. When you do, you’ll understand what type of visuals will best convey the tone you chose. 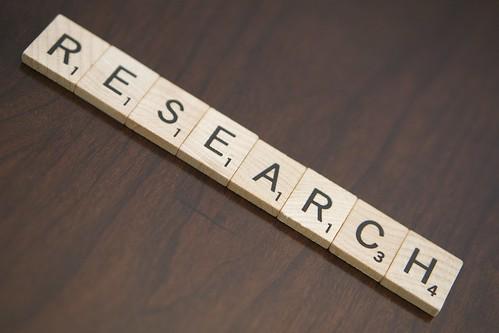 Never miss a chance to use a number in your text. For example, a vague statement such as “practically all Americans use social media” is uselessly generic. Providing a clear, referenced statistic from a credible source, such as Statista noting that 81 percent of Americans used social media in 2017, will better illustrate your point.

Although it can be a tough habit to break at first, avoid simply saying something that sounds correct without literal data. Replace such instances with the proof that confirms the idea. Solid numbers and facts will also open up more opportunities to display data in attractive or compelling ways.

Great Infographics Get the Facts Right

Unlike the other points we discussed, where ignoring the messages could merely lead to an underwhelming and obscure infographic, getting the facts incorrect could lead to a big splash of criticism and negative attention. It can’t be overstated how much people online can get caught up in the buzz around a scapegoat or laughing stock.

The best way to know that your facts are correct is by consulting from multiple, reputable sources. You don’t rely on self-authored websites or independent research, and no old sources from a decade ago or earlier, especially ones whose information has been disproved. Reputable sites are also generally designed only to provide information without attaching an opinion.

Also be realistic about the items you can accurately present as fact. If a few recent studies contradict an accepted belief in the scientific community, that’s OK, but if you cling to those to support an infographic’s points and new studies reveal the ones you used to be a fluke, your use of the misinformation will date your infographic horribly. Consider approaching the same point with different facts, which can be supported with a greater number of credible sources.

Great infographics are a significant step up in effort and care than simply making ordinary ones, but they are also one of the most rewarding types of content you can make. We hope that with this information, you feel better prepared to make your next infographic a major splash for your business. Don’t feel discouraged if you create an infographic that doesn’t perform well. Look it over while considering the points above, and you’ll learn the hard lessons necessary to make a better one. The rewards for this tenacity and dedication will be well worth your effort.